Move over zebra crossing, this is a giraffe crossing! 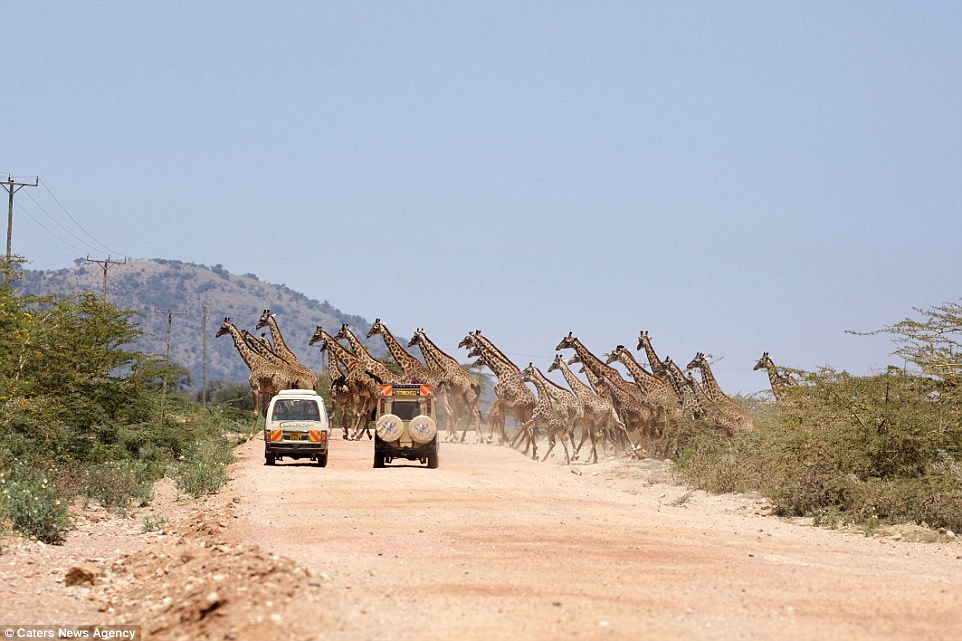 This is the moment a group of tourists was left stunned after their safari tour was held up by a herd of 30 giraffes crossing the road.

The group was traveling to the Maasai Mara in Kenya when they spotted the group grazing up ahead. 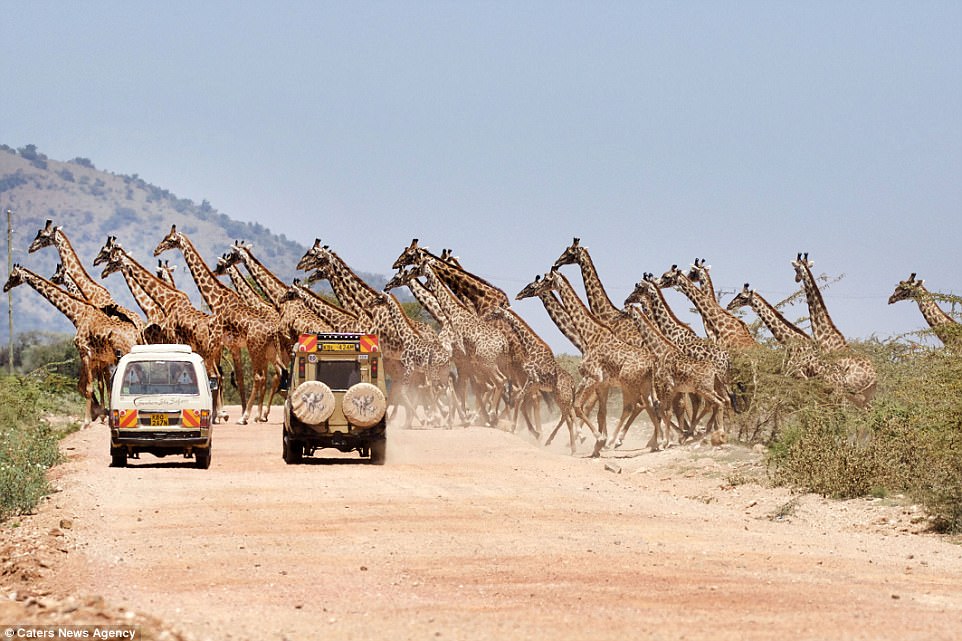 Among the group was Sonali Dudhane, who also got down from the safari vehicle to snap shots of the giraffes.

Sonali, who is from Lucknow in India said the car she was in stopped as soon as the giraffes were spotted. 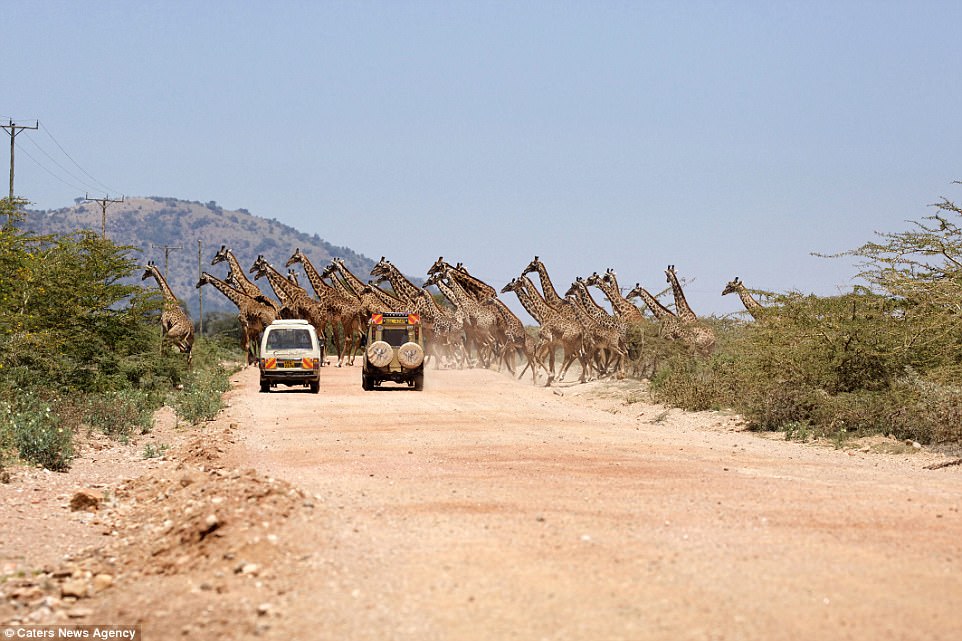 The herd then emerged from the brush and strolled across the road while everyone watched in awe.

“We watched the Giraffes in the bushes for almost 20 minutes,” said Sonali.

RELATED: Huge Herd Of 100+ Giraffes Cross Road And Bring Traffic To A Halt 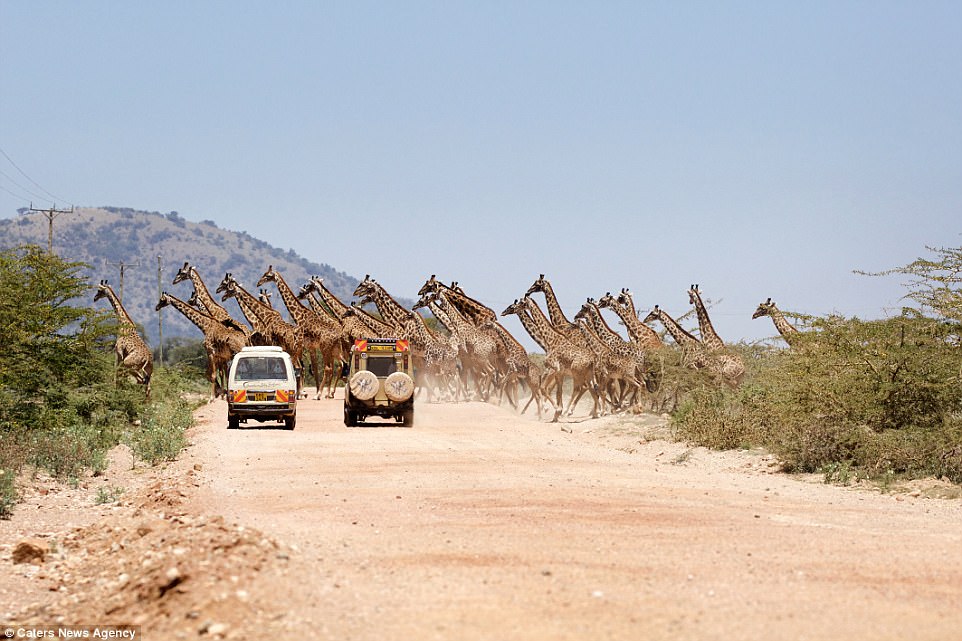 “After that, our driver told us to get into the vehicle and he predicted that herd would cross the road.”

“We got to witness this great moment and were able to capture the moment on camera.”

“I had never seen this big herd before, I was trying to count the number through my viewfinder.” 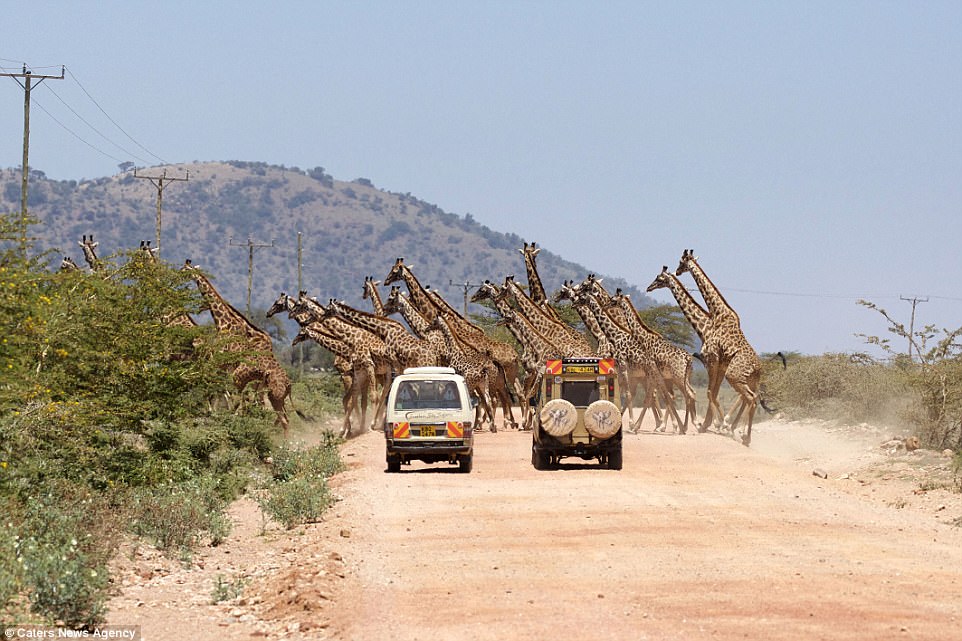 Despite the slow pace at which these giraffes crossed the road, they are actually pretty fast and can reach speeds of up to 37mph.

Giraffes’ spots are like our fingerprints, each is unique and no two giraffes have the exact same pattern.