Despite being the king of the jungle, this daddy lion appears to be as soft as a cat when meeting his newborn cub for the first time

The heartwarming moment between the seven-week-old cub and his father was captured in a beautiful series of photos.

Initially, the newborn seems nervous to approach his father, but quickly got comfortable and began to playfully scratch and bite his father.

He reached up and planted a sweet kiss on his father’s head after the pair finished playfighting.

These incredible photos were taken by talented photographer Suzi Eszterhas who spent months tracking the pride.

Taken at the Masai Mara National Reserve in Kenya, Eszterhas waited patiently for the perfect scene, and she seems to have got it!

At this age, they stay with their mother until they are big enough to meet the father, in this case, the mother decided they were old enough.

So she brought them to meet the pride, including the father, and thankfully, Eszterhas was there to capture the moment.

The mother lioness kept a close eye on all the cubs’ interactions with their father to make sure the father wasn’t too rough. 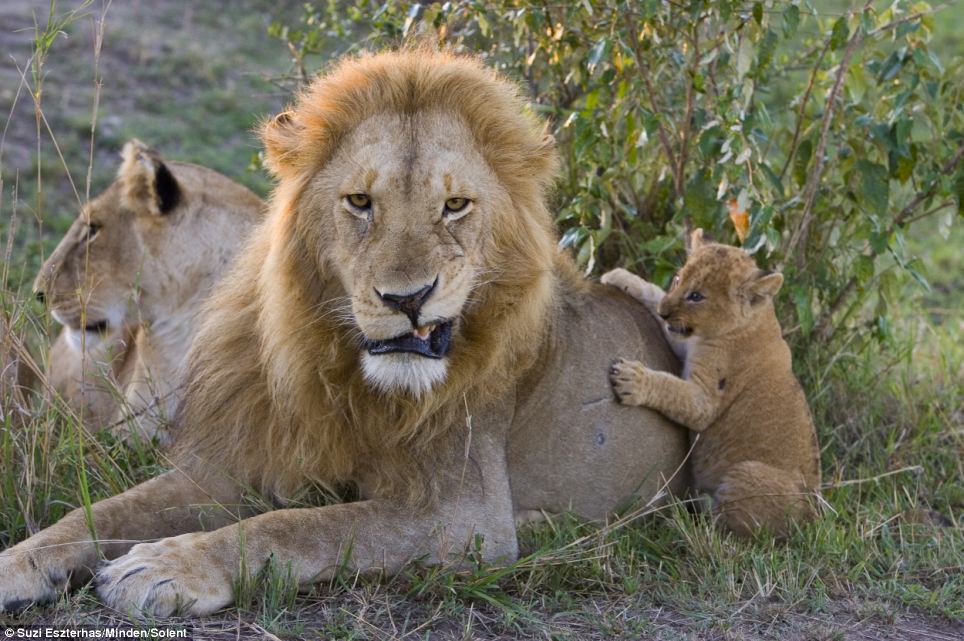 But the father was nothing more than tender in the way he interacted with the cubs.

“Newborn animals are always difficult to photograph,” says Eszterhas. “You spend a lot of time just waiting while they are tucked away, completely hidden in long grass, deep brush, or a cave.”

“But if you put in enough hours, you will be there when the mother brings them out into the open.”

“In this case, I followed the pride for three months, every day from sunrise to sunset, from the time the cubs were only three weeks old.” 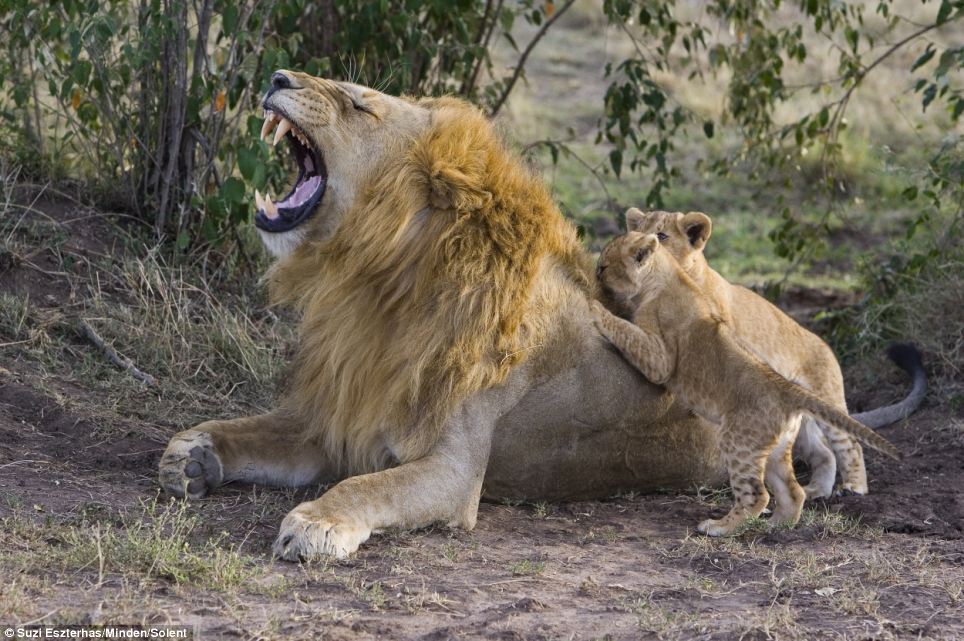 “In these scenes, the mother brought them out of the den to meet the pride for the first time, including their father.”

“The cub was a bit shy and apprehensive but the father was very gentle. In the other photos, the cubs are more familiar with the father and are playing with him.”

“The father reacted by gently playing with them and often growling.”

“In both situations, the mother was sitting nearby, watching very closely, ready to pounce on the father if he got a bit too rough with her cubs.”