A pack of playful lion cubs block traffic in the middle of the Kruger National Park in South Africa after wrestling with each other.

The pride were asleep on the tarmac overnight and weren’t yet ready to move, so decided to chill and have a play. 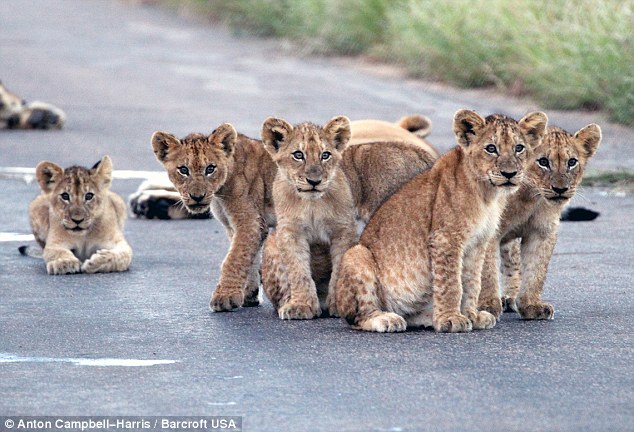 Below you can see other lion cubs yawning as they lazy around in the middle of the road. 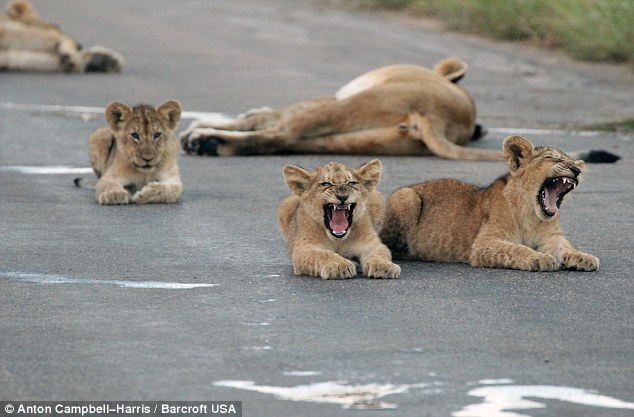 Anton and Michelle Campbell-Harris, the couple who took these photos were among a group of excited sightseers in the traffic pile up. 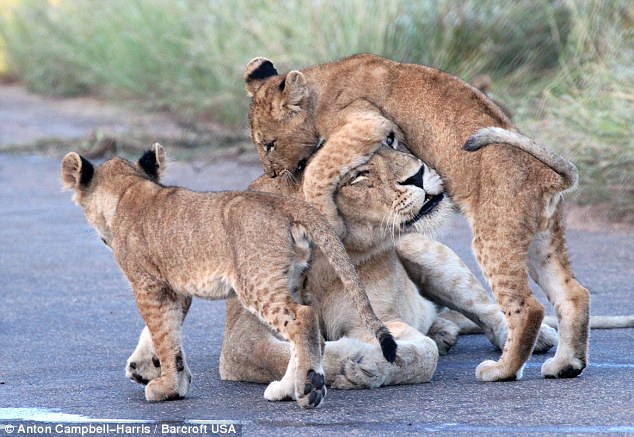 “We were the only car there at the time and as it was early in the morning they were just waking up.” 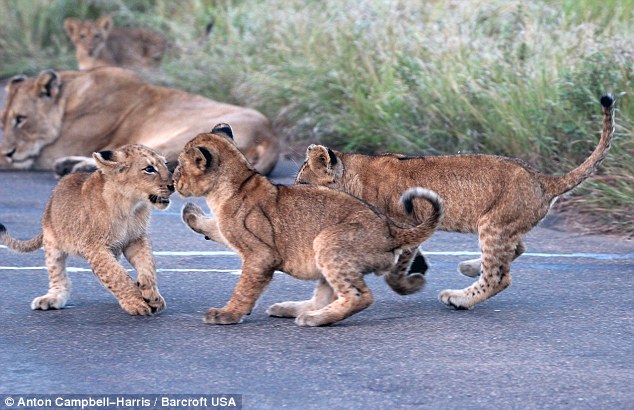 “We watched as the cubs became more playful – it was difficult to know what to focus on as there was so much activity going on.” 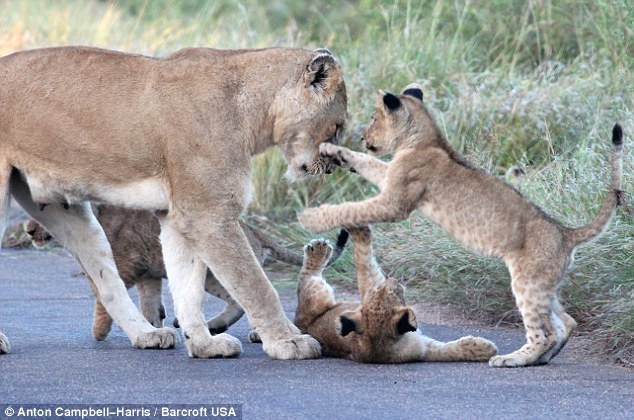 “Eventually cars started arriving from the opposite side and the expected traffic jam began.” 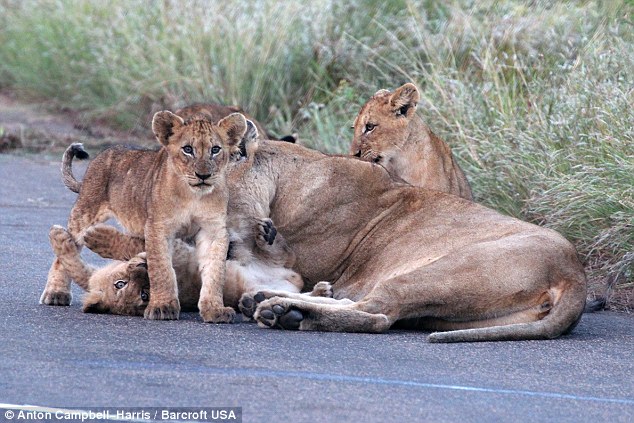 “It is difficult to describe the feeling of being with wild animals so close, you feel so privileged and it does wonders for your soul.” 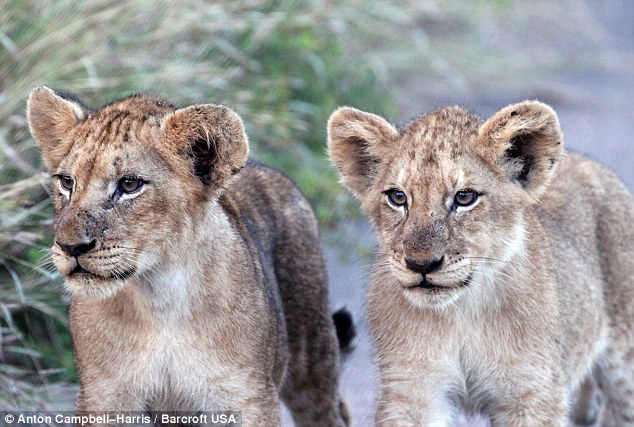 “We always feel a connection with the cats – we can say that they don’t look at us, but rather look into us.” 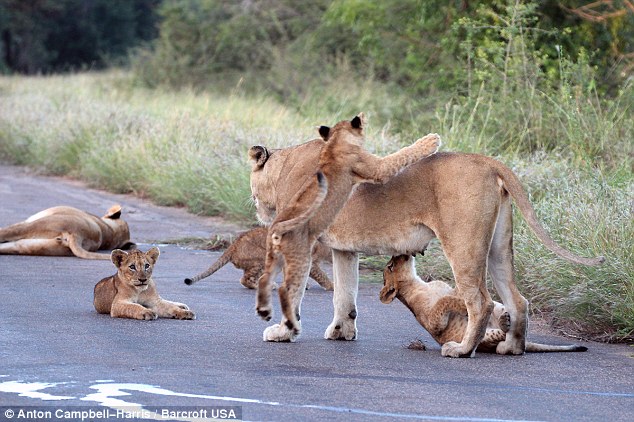 The pair entered the park at 530am in the hopes of seeing the big cats sleeping on the warm sun-soaked tar road. 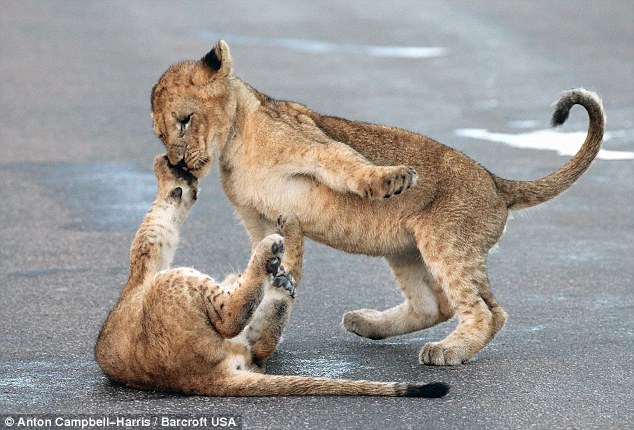 And they were delighted with the outcome, to say the least. 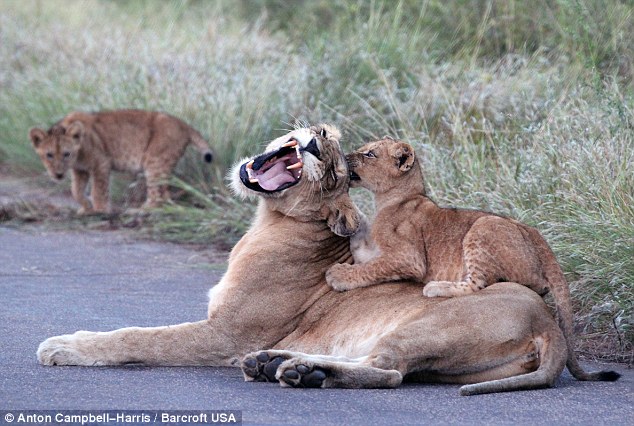 “There were some really inquisitive cubs that came right up to our car. The lionesses started getting restless and, amazingly, they walked right toward our car and into the grass.” 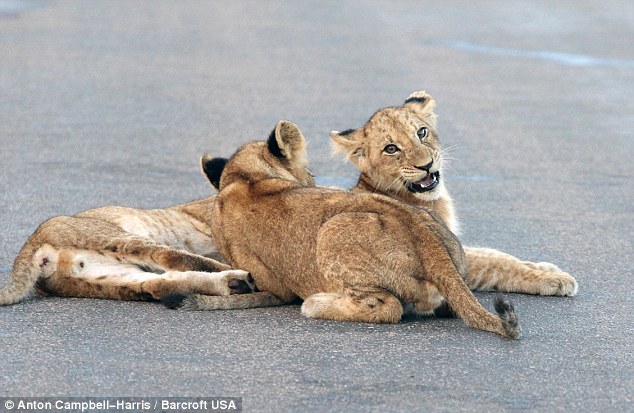 “We were the only car fortunate enough to have any visual of the little cubby heads above the long grass as they walked away.” 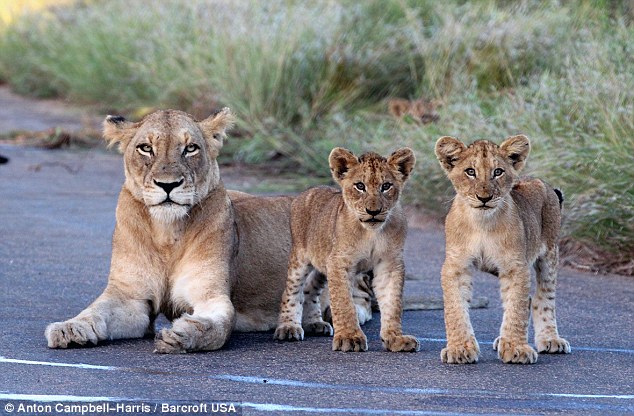 “The excitement of seeing something in the road as you approach it is not something you can explain. The adrenalin high is what keeps us going back time after time.”