Meet Sirga the lioness, the young lioness who loves to cuddle with her parent, a human named Valentin 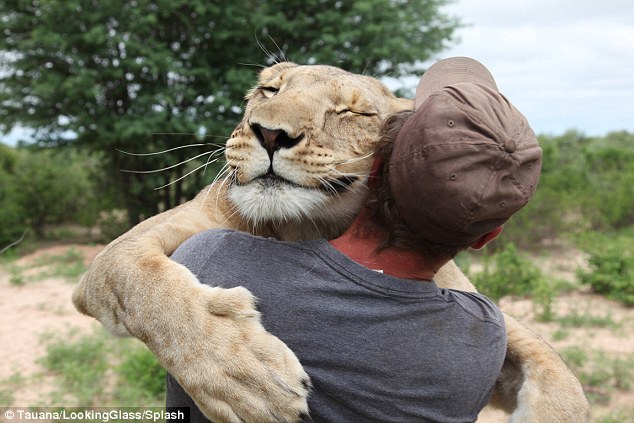 Valentin Gruener is a dedicated conservationist and co-founder of the Modisa Wildlife Project in the Kalahari, Botswana,

He is also a dad to Sirga and raised her ever since she was a few days old. 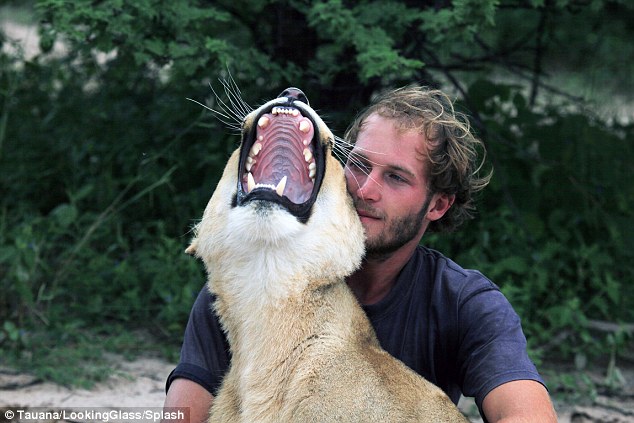 When Sirga turned three, she began preparing to live in the wild. Valentin helped her along by teaching her to hunt.

Check out the beautiful video of the pair below:

Sirga was abandoned by her lion parents when she was only a few days old, when she was found Valentin she weighed only 4 lbs.

The adult lions abandoned her after her siblings all passed away, she wouldn’t have survived in the wild if Valentin and the team didn’t find her. 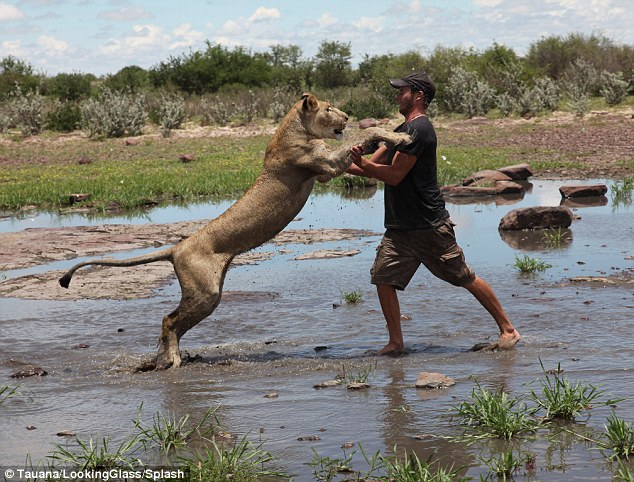 He took her straight to the vet and put her on a drip to battle her severe dehydration, then made an attempt to fatten her up.

“To this day we believe she is probably the most spoiled and well-fed lion in Botswana.” 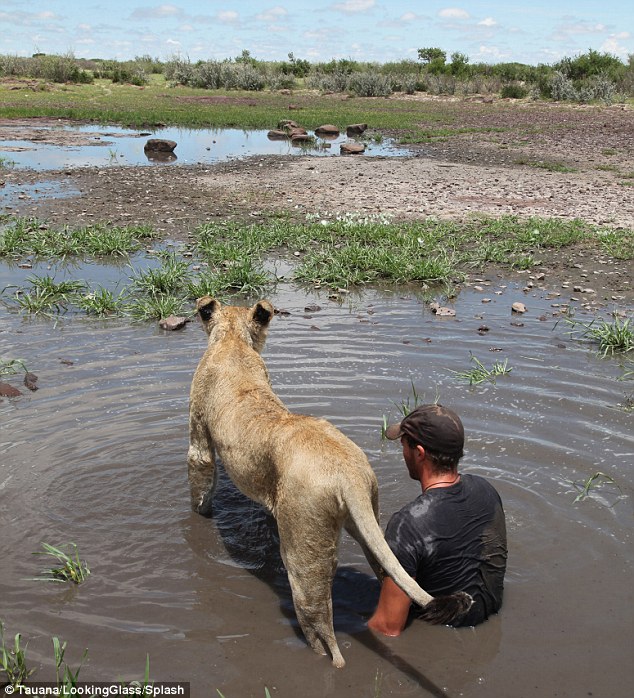 One year later, she weighed 175 lbs, was fully weaned, and eating meat. She had come a long way.

Valentin then coached Sirga to hunt, this meant hours of teaching her to stalk and kill, a skill she would typically learn from other adults in the pride. 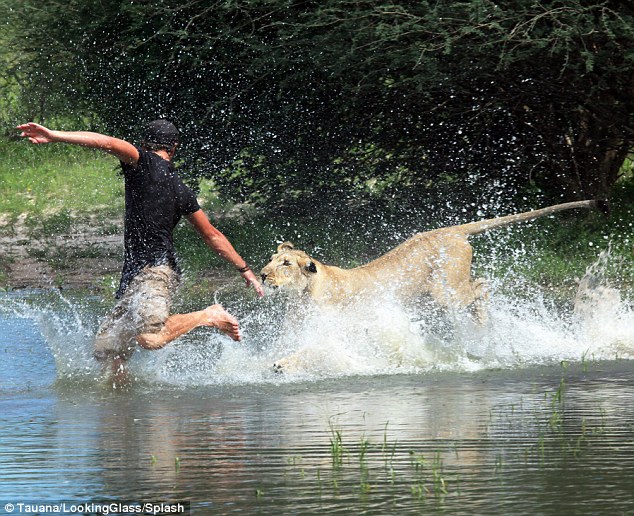 Of course, since Sirga had no adult lions to look up to, Valentin had to get down and dirty to make sure she learned as much as possible. 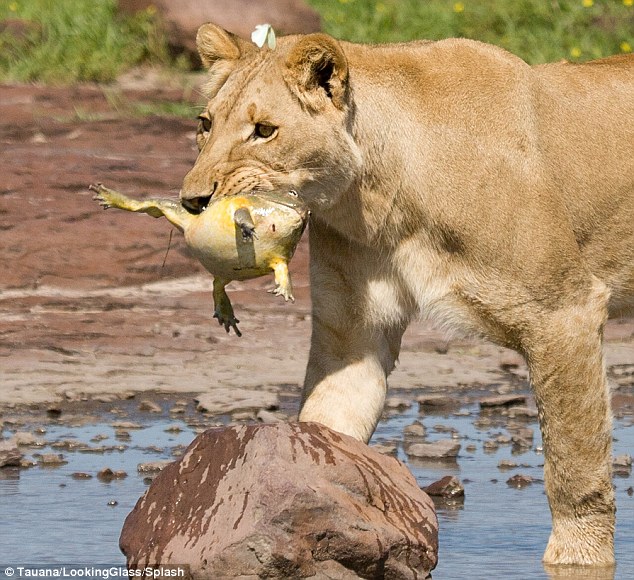 “We didn’t want Sirga to become like other lions in captivity, constantly fed by streams of tourists,” says Mikkel Legarth, a fellow conservationist. 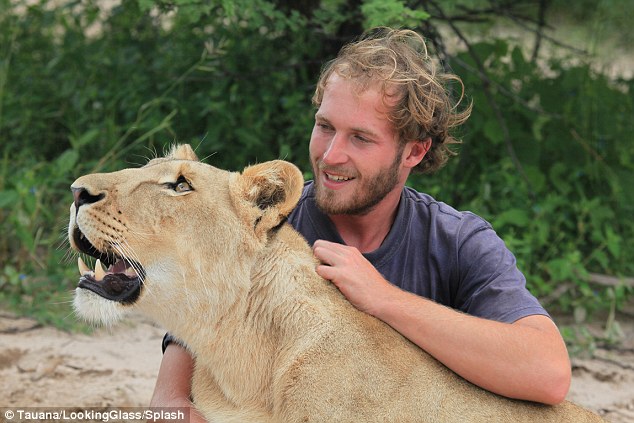 “She hunts her own food, taking antelopes, and she will let us be near her when she eats it, which is remarkable.” 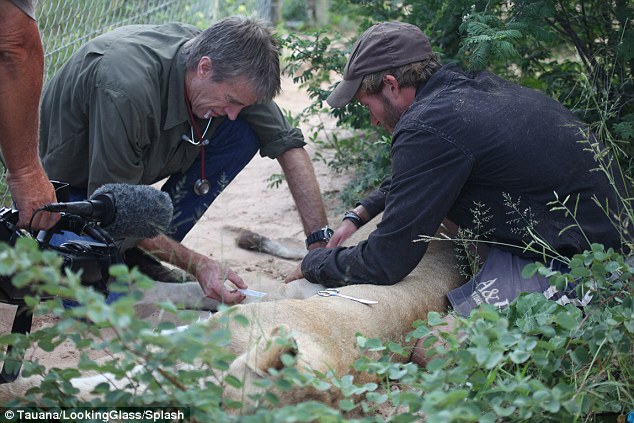 “We want to release her eventually as a wild lion, not as one who has met lots of people. That would be dangerous. She only interacts with me and Valentin.” 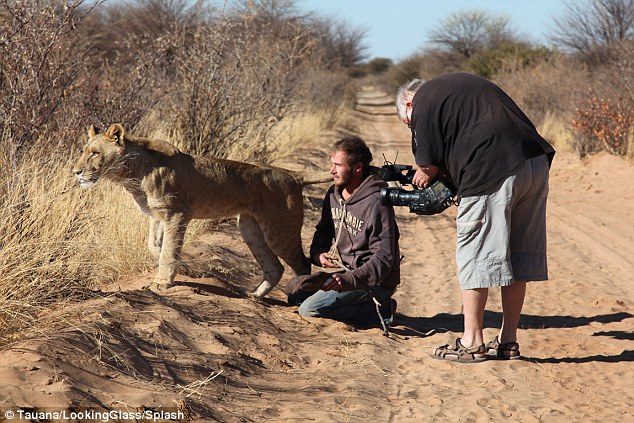 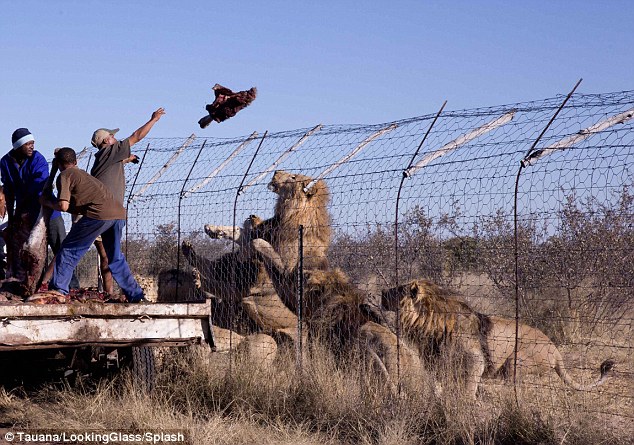