Stunning pictures show the moment a flock of starlings fore the exact shape of a giant bird as they fly in formation over a lake in Ireland. 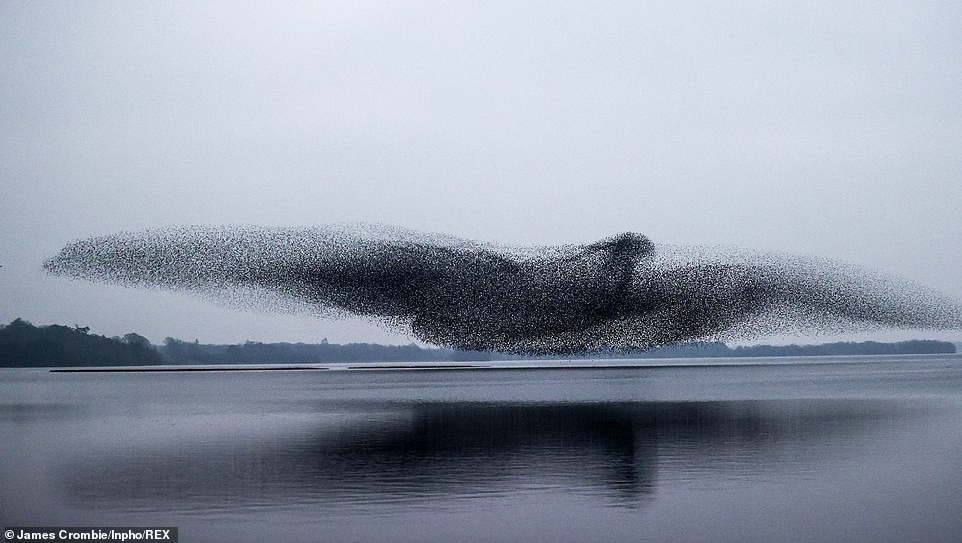 Also caught on video, the breathtaking footage shows the starling murmuration swooping and diving uniformly while forming the outline of a bird.

Stunning footage captured of a lake in Ireland 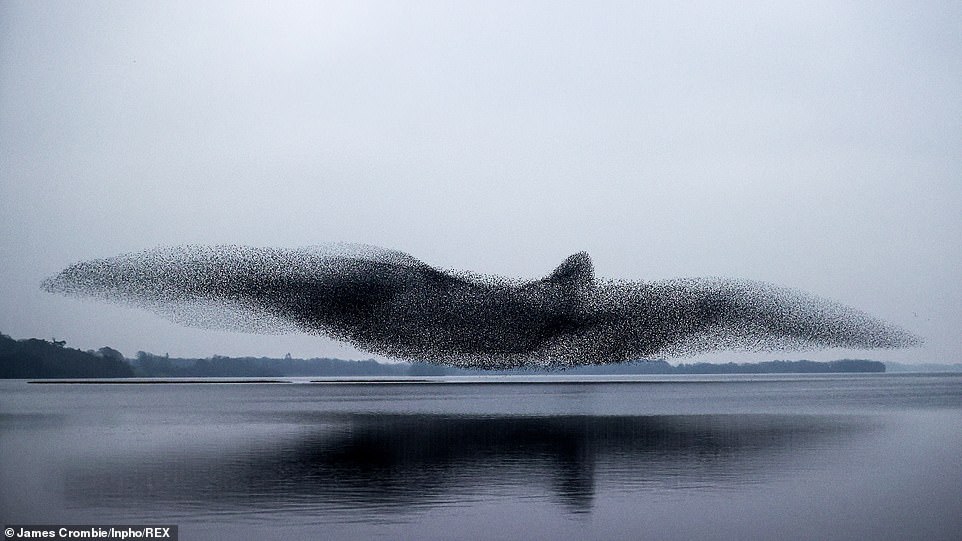 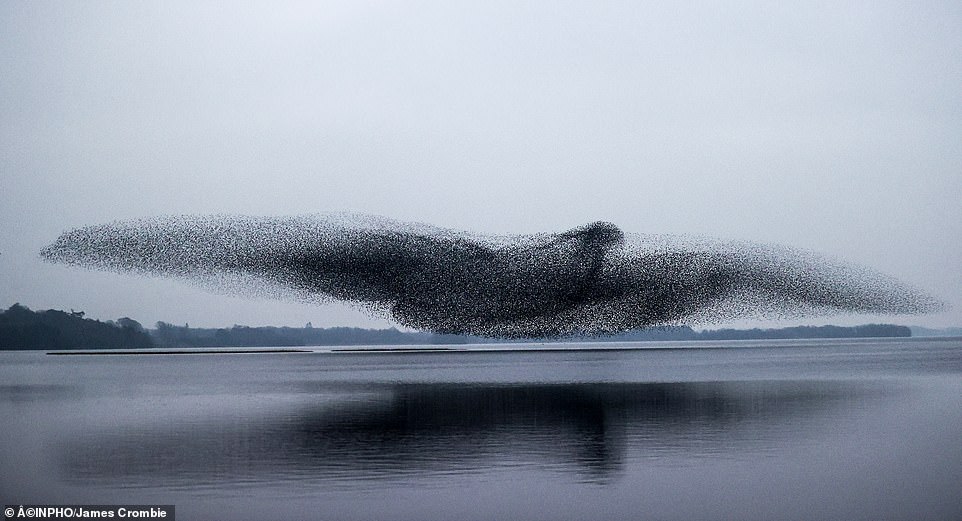 You can see in the footage the starlings swooping, twisting and diving all together in unison before they nest in the weeds.

Apparently, it took between 400 and 500 frames shots before capturing the perfect image 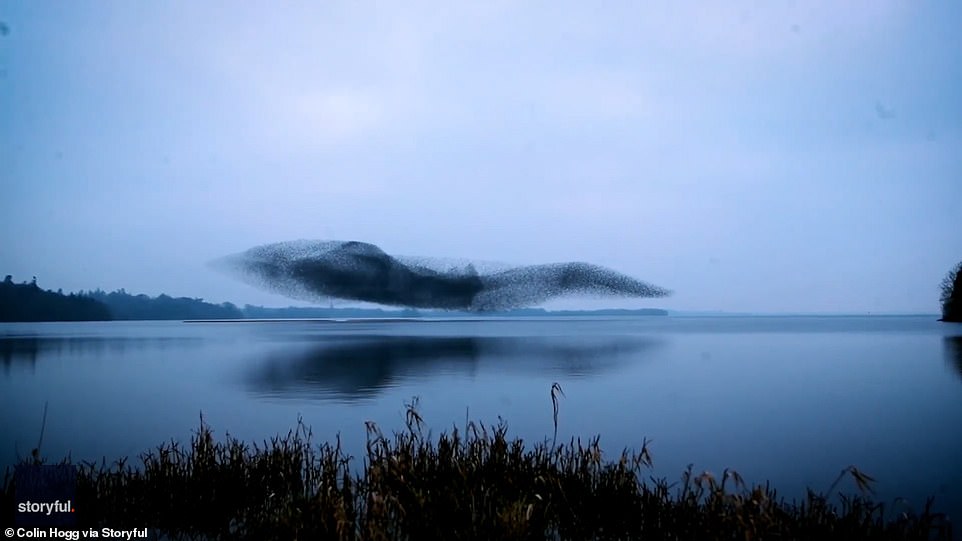 Murmuration is a phenomenon where up to thousands of starlings all fly together in the sky to form patterns. 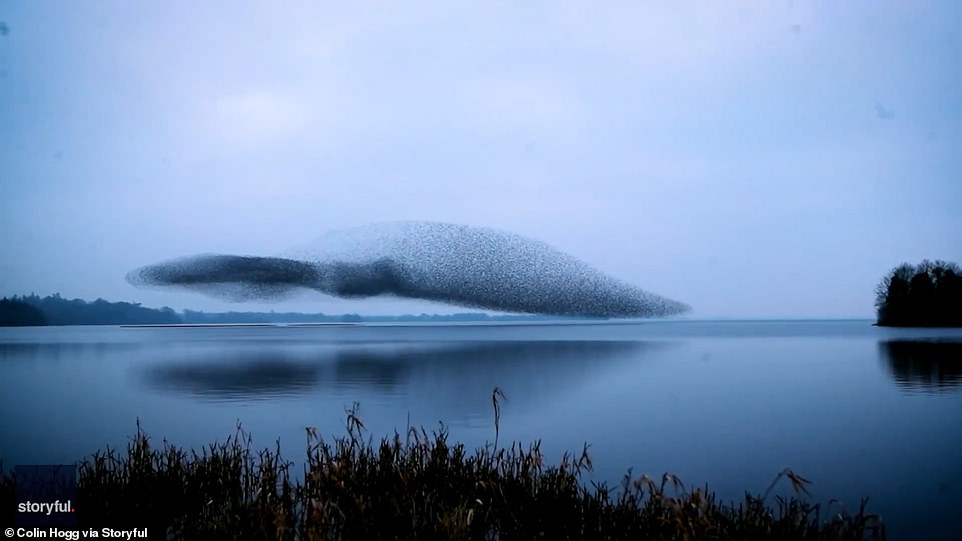 Starlings usually group together in order to protect themselves from predators like falcons who find it difficult to target one bird in a pack. 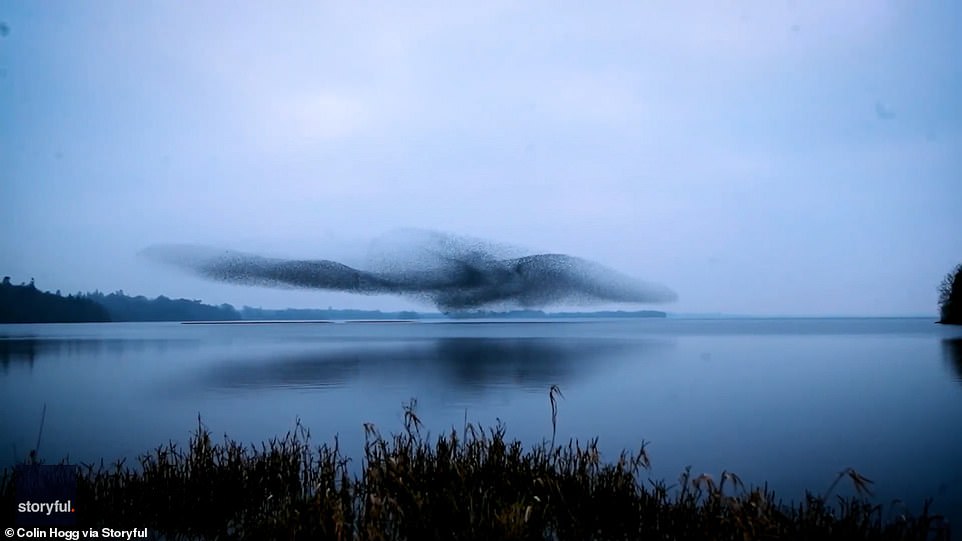 Starlings also gather together to keep warm at night and to communicate.

The starling population in the UK has fallen by over 80 per cent in more recent years meaning that they are now on the list of birds most at risk. 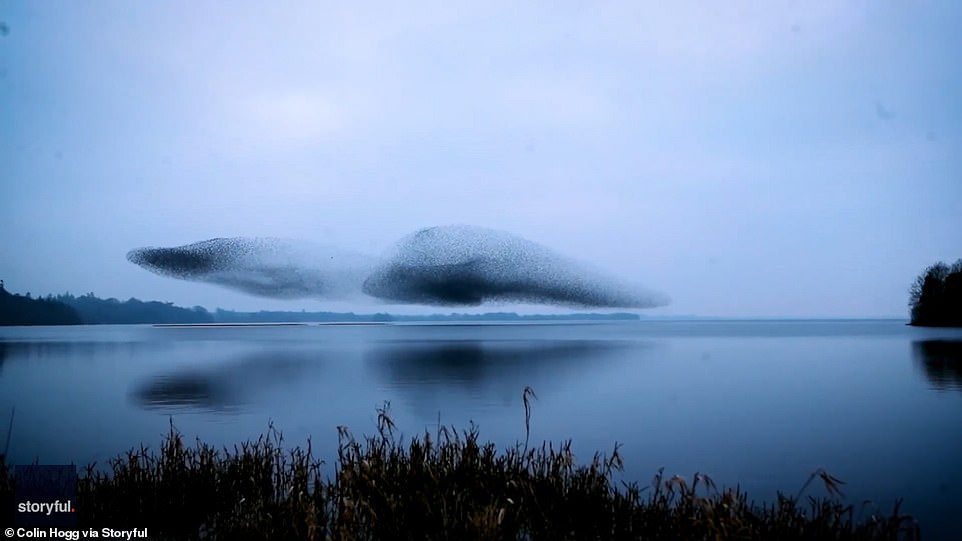 When the nesting period for starlings is over, they often gather in large flocks and use woodlands and forestry for roosting. 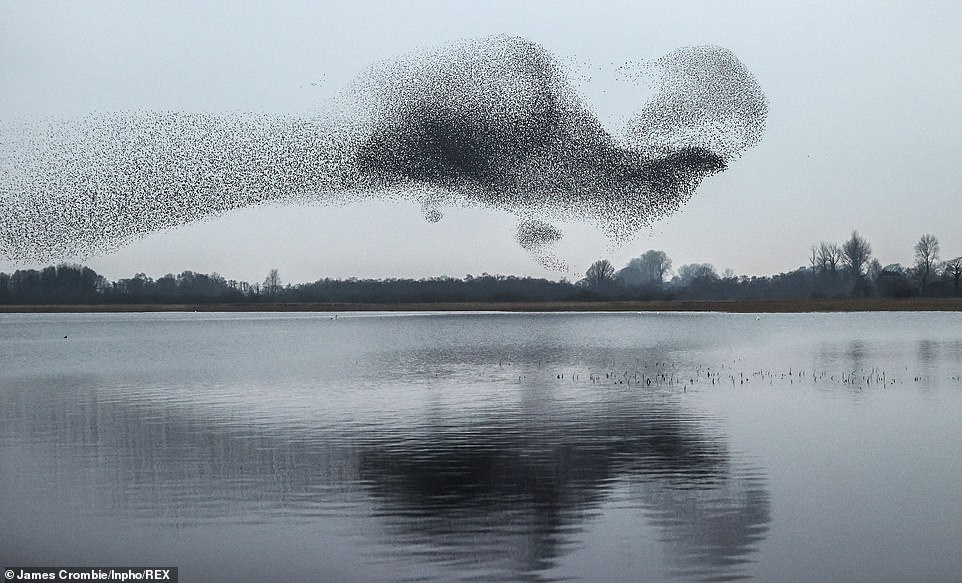