This is the amazing story of how animal behviorist Linda Koebner rescued a pair of chimps from a research lab 25 years ago.

She taught them how to live in the world, and after years of not seeing them, they were reunited with the most heartwarming ‘welcome back’ hug. 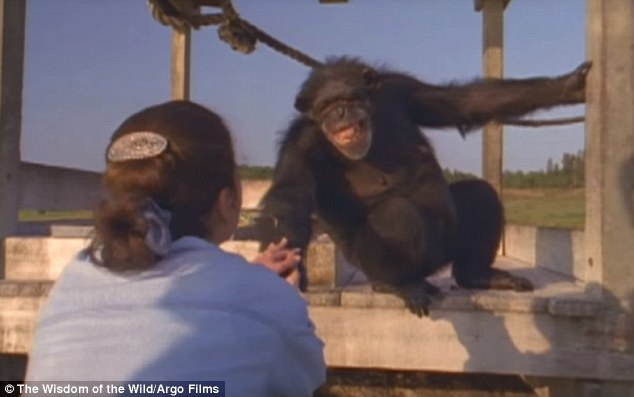 Linda Koebner is the founder of Chimp Haven, a non-profit chimpanzee sanctuary in Louisiana.

She spent four whole years teaching chimps how to be wild after rescuing them for a research lab. 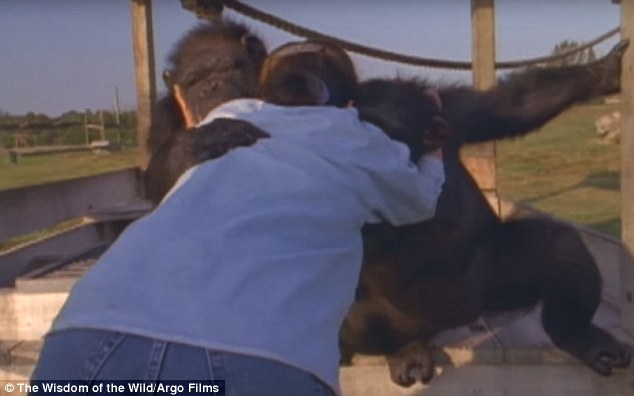 Years later, when she returned to the enclosure, the chimps greeted her with open arms.

Luckily this was all captured on camera and released in a PBS documentary called The Wisdom of the Wild. 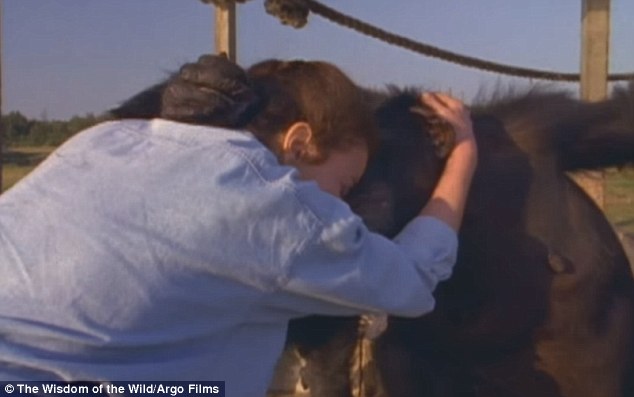 Linda was reduced to tears after the chimps instantly recognized her and gave her a very emotional hug. 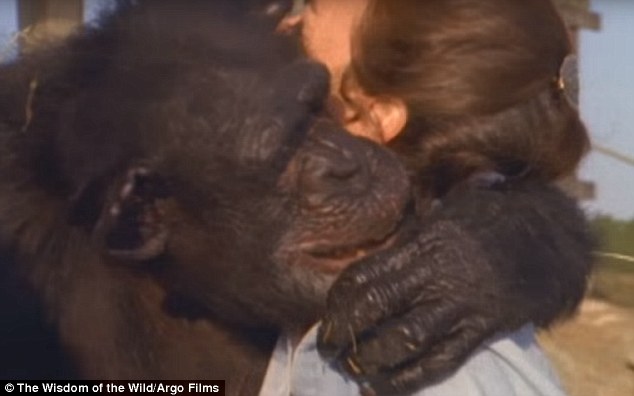 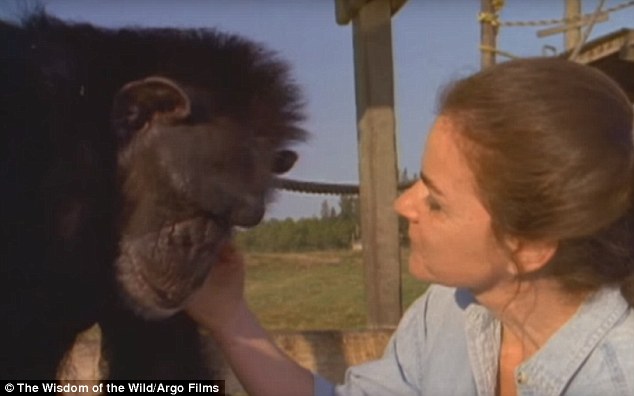 Here is the full video:

Linda was only a graduate when she helped these chimps to live outside and fend for themselves.

But it had been two decades since she had seen them, so she decided to visit the few of them who remained.

‘It’s been so long,’ she says in the documentary. ‘Oh, you look great.’ 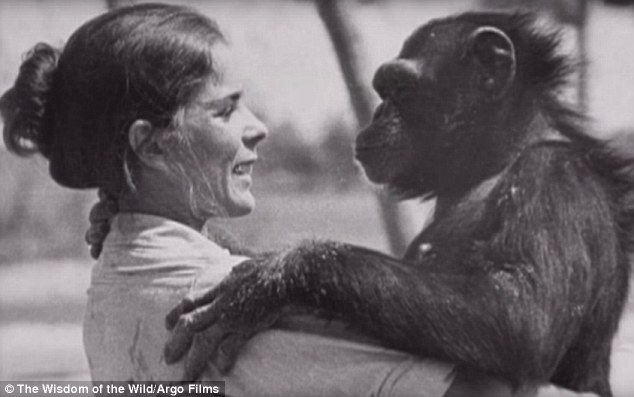 In the footage, Linda takes a boat to where the chimps live, and as she nears the land, one of the chimps, named Swing, goes to meet her.

Linda asks ‘Do you remember me?’ When Swing reaches his hand out for Linda and cracks a big smile. 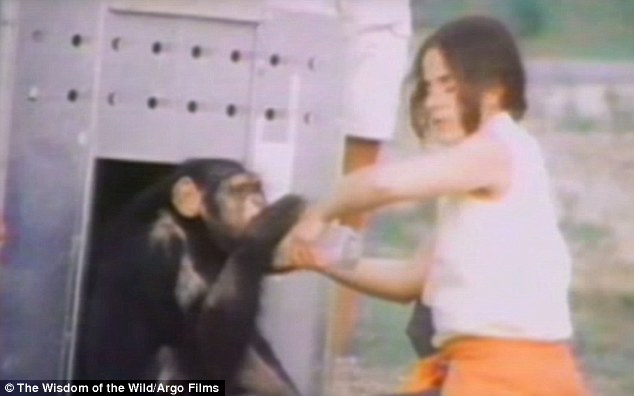 This is when another chimp called Doll runs over to Linda, they both give her an excited loving embrace which causes Linda to be overcome with tears.

‘Whether it was afraid to step on the grass, they hadn’t been on anything but hard bars for years,’ Koebner said 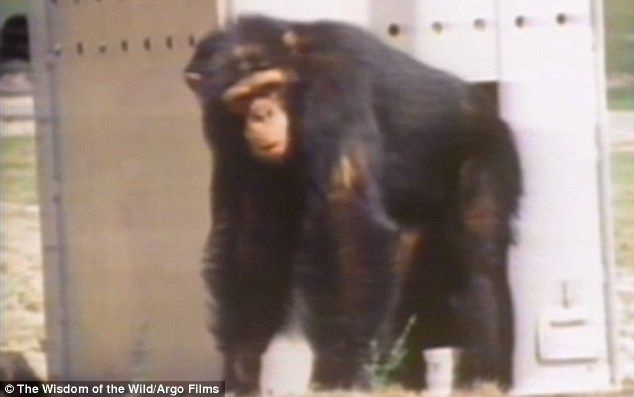 “Chimpanzees have provided us so much in this world. So much knowledge about ourselves, about our social lives, about our dispositions, because they are so much like us as beings.”

“These chimpanzees have taught me about resilience. All of these have gone through such tremendous adversity, and yet they’re forgiving, and they’re whole again.” 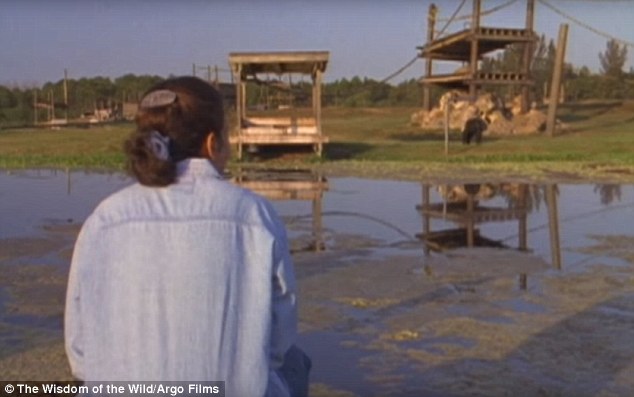 Linda recalls how when the chimps were finally released after six years in cages, they had no idea what to do and struggled to embrace the outdoors. 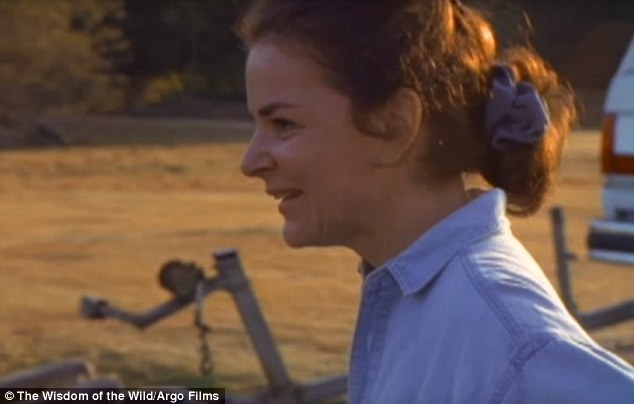 ‘They were terrified to get out of the security of their transport cage,’ Koebner says in the documentary.

‘Whether it was afraid to step on the grass, they hadn’t been on anything but hard bars for years, or just the feel of the wind and the sun.

‘They just huddled in the doorways and wouldn’t come out.’

Chimps were used for experimentation due to their close DNA links to humans, it wasn’t until only a few years ago when the US stopped it due to the species being listed as endangered.