This is the heartfelt moment a visitor at a zoo introduces her newborn baby to a mother gorilla who is clearly fascinated by the human offspring.

It all happened when Emmily Austin sat down next to the gorillas at the Franklin Park Zoo in Boston with her five-week-old son called Canyon.

Michael Austin, Emily’s husband, filmed the touching moment showing Kiki the gorilla pressing her face up to the window of the enclosure to get a closer look at baby Canyon.

See for yourself in the video below:

The critically endangered western lowland gorilla has five children and is clearly interested in babies.

In the video, you can hear several people audibly gasping and exclaiming ‘oh my god’ as the gorilla approaches the glass.

Kiki the taps on the window and points right at Canyon, it looks like she is trying to hold his hand.

Emmily then points behind Kiki and says ‘look at her baby,’ before the intelligent gorilla lifts up Pablo the baby gorilla to show her visitors. 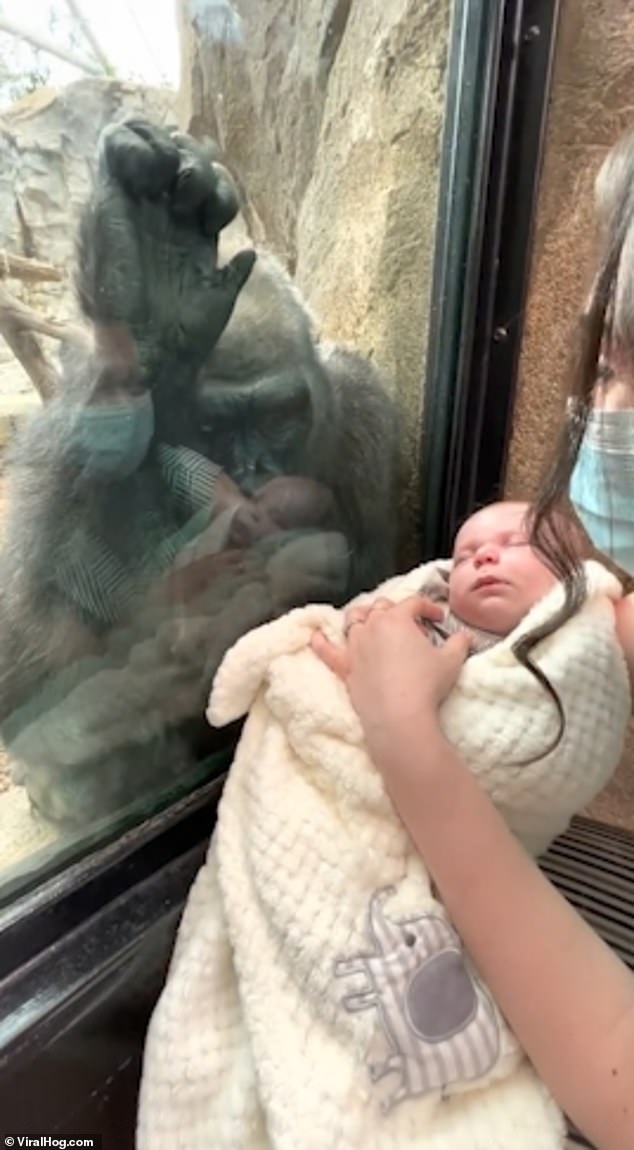 Mrs Austin told News Center Maine: ‘ She kept looking around the corner of the cave, and I was like, “She’s looking at Canyon.”

‘For well over five minutes, she just sat there watching [Canyon], just staring at him, just so lovingly.’

‘When I walked into the zoo that day, I never could’ve imagined that we would have had that experience. It was so beautiful, and we walked out just over the moon.’ 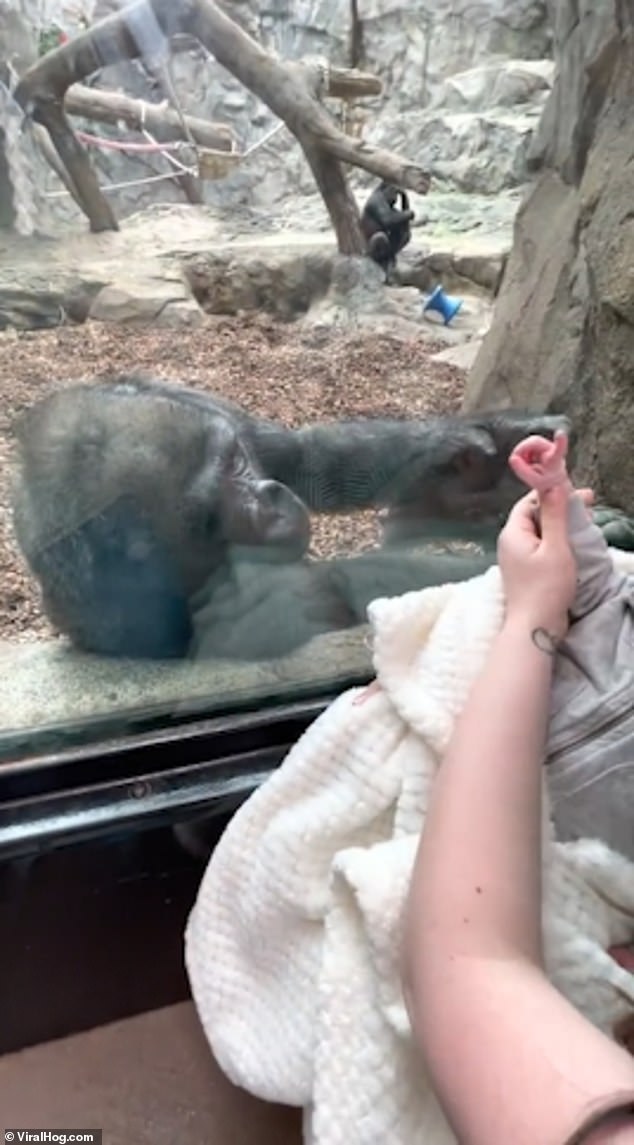 Apparently, Mrs Austin did mention that Kiki was interested in the baby a few times but he thought she was just imagining it.

‘The next time she made eye contact with Kiki, she held up Canyon again and waved her over, then Kiki grabbed Pablo and put him on her leg to carry him over to us. 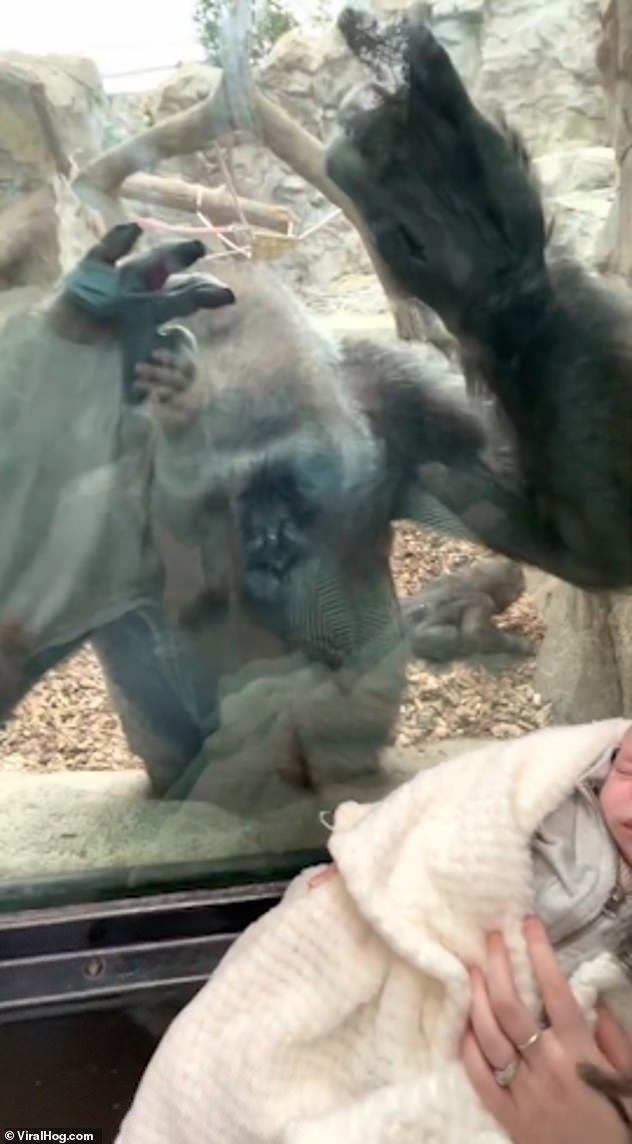 Austin said: ‘When I walked into the zoo that day, I never could’ve imagined that we would have had that experience. It was so beautiful, and we walked out just over the moon’

‘My wife sat on the floor and Kiki came over and immediately started interacting with us.

‘It was one of the most amazing experiences to see her trying to hold Canyon’s hand, lick him through the glass, and she just kept on pointing to us and then down at him, almost as if she was telling us, “That’s your baby”.

‘She was talking to us with her hands. Pablo even pushed his face up to the glass at one point and they watched him, noses touching, together.

‘My wife and I both had tears in our eyes and we had several people tell us they had never witnessed something or experienced something so beautiful as this in their life.

‘Such an incredible memory to share with our son some day!’