This poor bereaved cat has spent a whole year living at her late owner’s grave, according to reports.

In Central Java, Indonesia, the heartbroken animal’s cries were first heard while it lay on the ground by the burial plot. 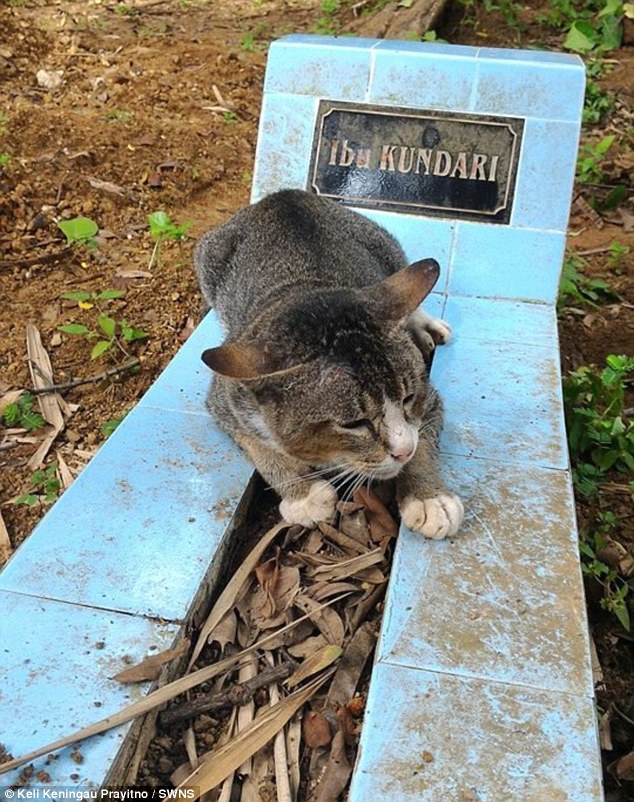 When Keli Keningau Prayitno, 28, walked by the cat nuzzling a little blue gravestone, she tried to adopt it, but it returned to the same spot.

Every day, the pet returns to her former home to be fed by the elderly lady’s children, then back to the tomb. 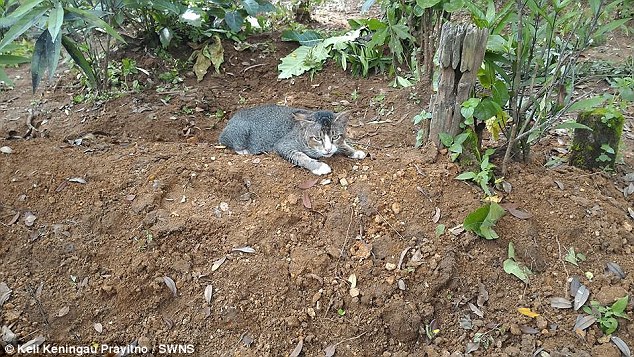 It refuses to leave the tomb, despite being fed and watered by passersby. It rolls in the soil and sleeps there each night. 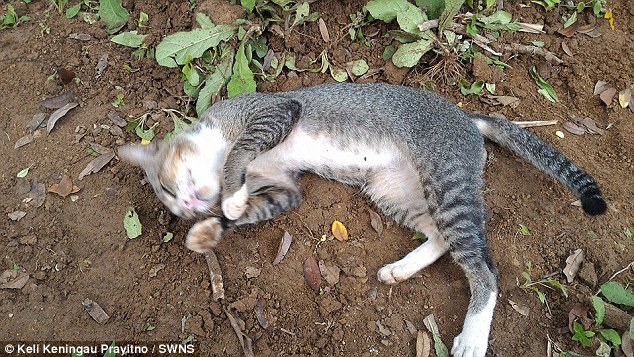 According to Keli, a father of one, “Since the cat’s mother died she has stayed here at the grave. She does not want to go home. She has been here for almost a year.”

“I thought she was homeless and tried to help but every time she would keep returning to the same place.” 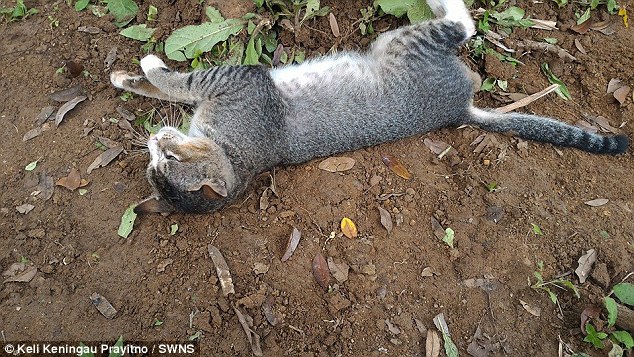 “I saw her every day and noticed that she was always there, but sometimes would leave for a couple of hours then come back.”

“I followed her and she was going to the home where she used to live and the lady’s children would feed her.”

“Then the cat would go back again to the same place. She sleeps there and meows. It’s very sad to see. It shows just how close animals are to their owners..” 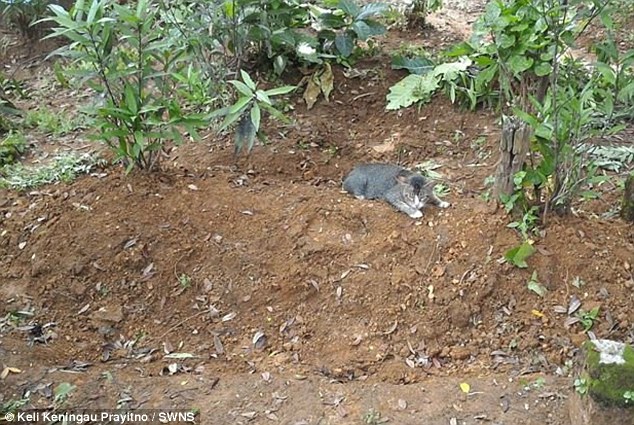 Despite being offered multiple new homes, the cat is still seen at the grave night and day, even after a year has passed.

“We take some food and water to the cat but she still likes to go home. She’s at the grave everyday.”

RELATED: People Are Leaving Sticks At This 100-Year-Old Dog Grave