Meet Rufus, a lazy rescue kangaroo who loves nothing more than lounging on the couch, watching TV and cuddling with his adopted dad.

Kym Haywood runs the Patch Kangaroo Sanctuary in Boston, South Australia, and says that Rufus took an interested in the family couch the moment he was rescued as a 8 month old ‘joey’ (young kangaroo). 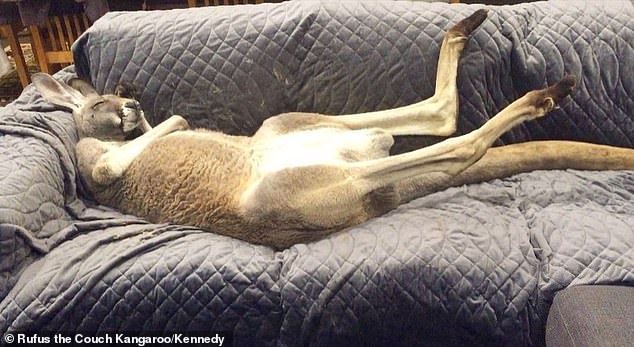 Even now as an adult, he is obsessed with the couch, he even has his very own spot on the couch.

Every single evening, Rufus would come through the back door so he can chill out on the couch in front of the TV. 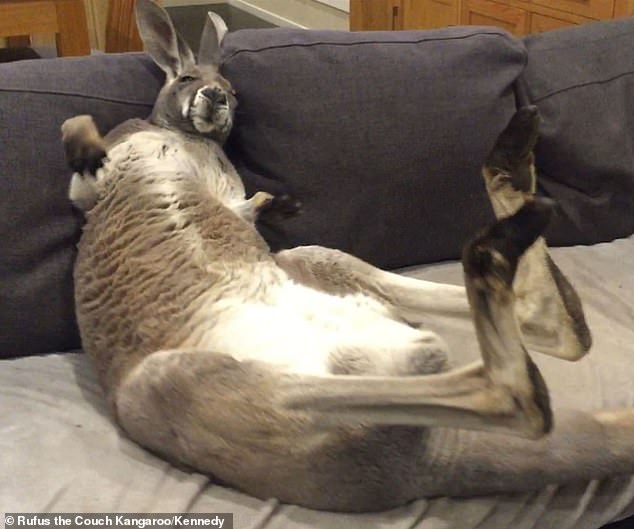 When it’s time to go to bed, sometimes Kym gets some pushback from Rufus, as he wants nothing more than to stay in his favorite position.

In the video below, you can see Rufus comically slumping into the sofa anf burying his head when Kym tells him it’s time for bed:

They even entice him with grapes to try and get him out, he accepts but flops back down into the sofa!

In a bid to shift the large animal, they entice Rufus with grapes which he willingly accepts before flopping back down. 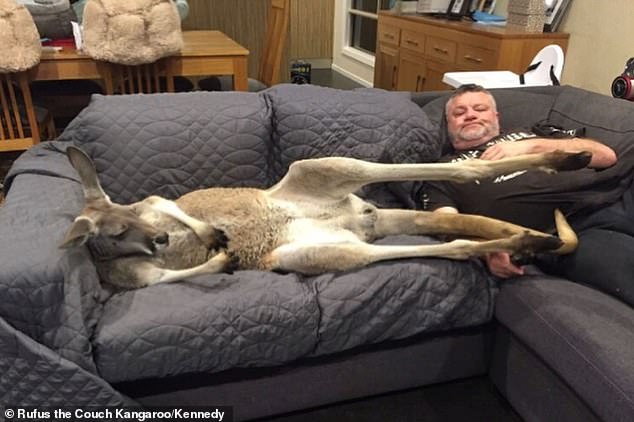 She said: “We don’t have to fight Rufus for space anymore – we just keep moving over as he grows. That spot on the couch is all his.”

“If anyone comes over we tell them they can’t sit there because that’s Rufus’ seat, that space is reserved for him.”

Kym and husband Neil have sacrificed a lot of couch space for Rufus who they have had since he was eight months old.

But they don’t mind, they adore Rufus and are happy to let him into their home every day to hang around with the.

“When he started doing it we thought it was the cutest thing ever and we could see that Rufus was very different to the others and how much he loved the couch and how safe he felt there,” says Kim.

“He goes into the deepest sleep as he knows he is very safe there and doesn’t mind watching a bit of TV.” 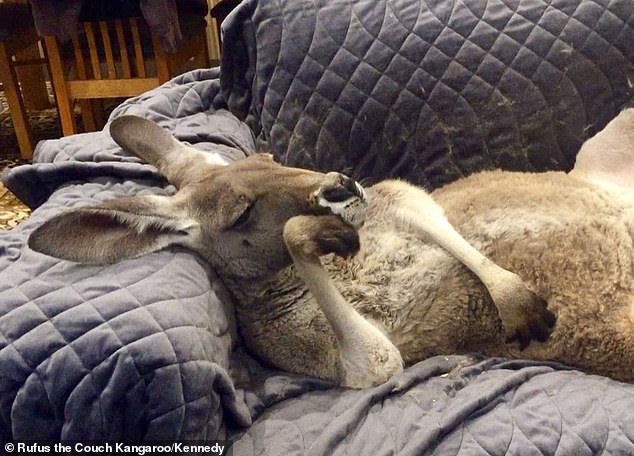 “We didn’t get him off as he loved it but just covered the couch with mattress protectors for any accidents.”

“We really just go along with what makes him happy. He does get a bit cranky, if he doesn’t want to be bothered by us sitting next to him, he will just gently push us off.”

“I’ve always been an animal lover and know with having the sanctuary I know what I was put on this earth to do.”