This is the moment where Tim the Chihuahua is saved from drowning by his good pal, Ben the Great Pyrenees 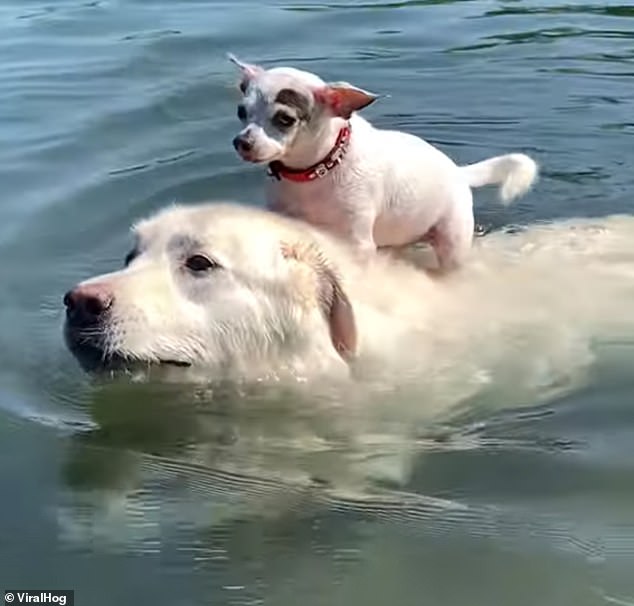 Tim is unable to swim, but despite this, he was able to cling to the back of his best friend

In McHenry, Illinois, Ben paddled across a lake, while Tim sat atop him, admiring the scenery. 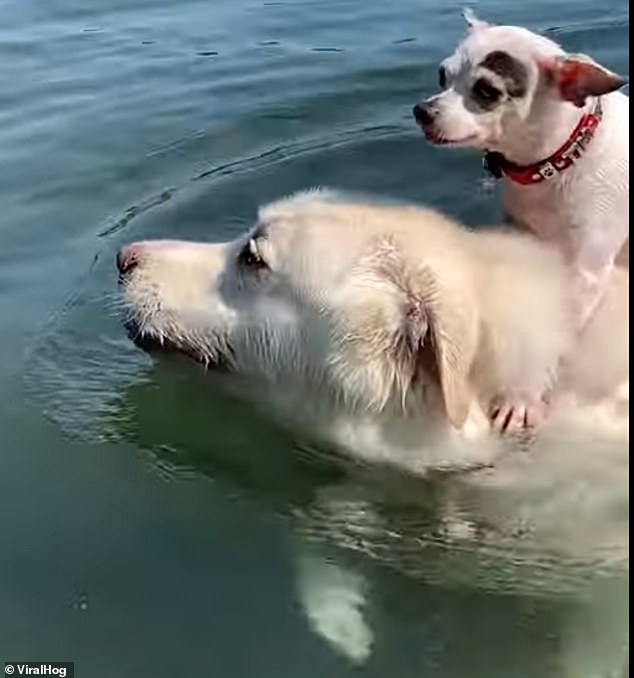 Here’s the adorable video of the pair going for a swim together:

Tim had a wonderful time on a ‘dog boat ride’ at a lake near McHenry, Illinois.

Because Tim is completely reliant on his giant companion to save him from drowning, he is unable to swim on his own 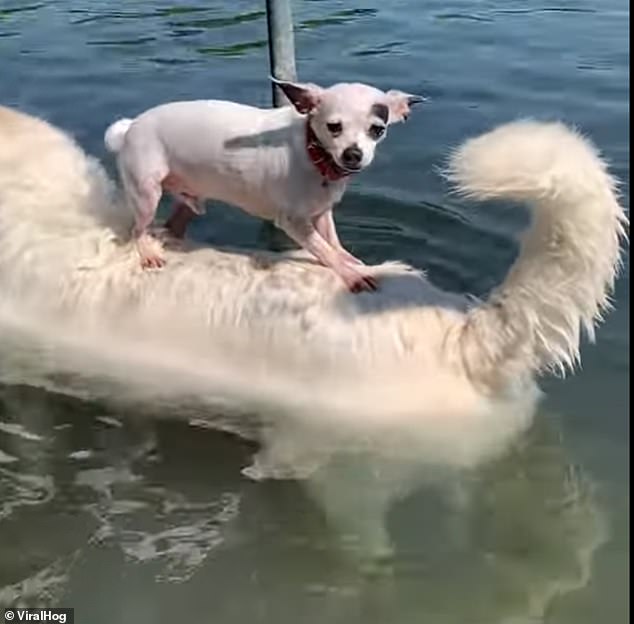 Ben finally made it to land, but not before scrubbing himself clean. As a result, Tim managed to stay afloat and avoid getting wet. 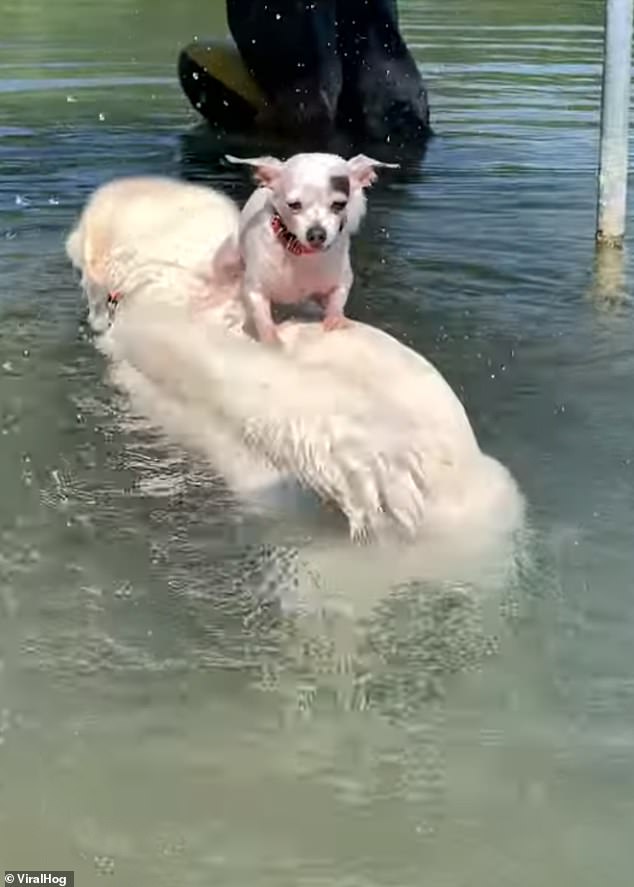 Big Ben and Tiny Tim are a popular Instagram duo, with nearly 100k followers between them.

Video clips of the two of them together show how much they have grown as friends over time.

‘When tiny Tim arrived from Texas as a foster dog he adopted 125 lb gentle Ben as his personal couch, step stool, and friend,’ it said on their Instagram account.