These stunning photos which were taken in the famous Kruger National Park show an incredibly rare white lion cub playing with its golden siblings. The amazing shots were taken by Lyle McCabe, a 30-year-old wildlife photographer who said:

“I was absolutely mind blown with this sighting. We had known the cubs had been born about a month before but as per company protocol we had moved away from the area for walking, tracking, and driving off-road in order to ensure the safety of the animals.” 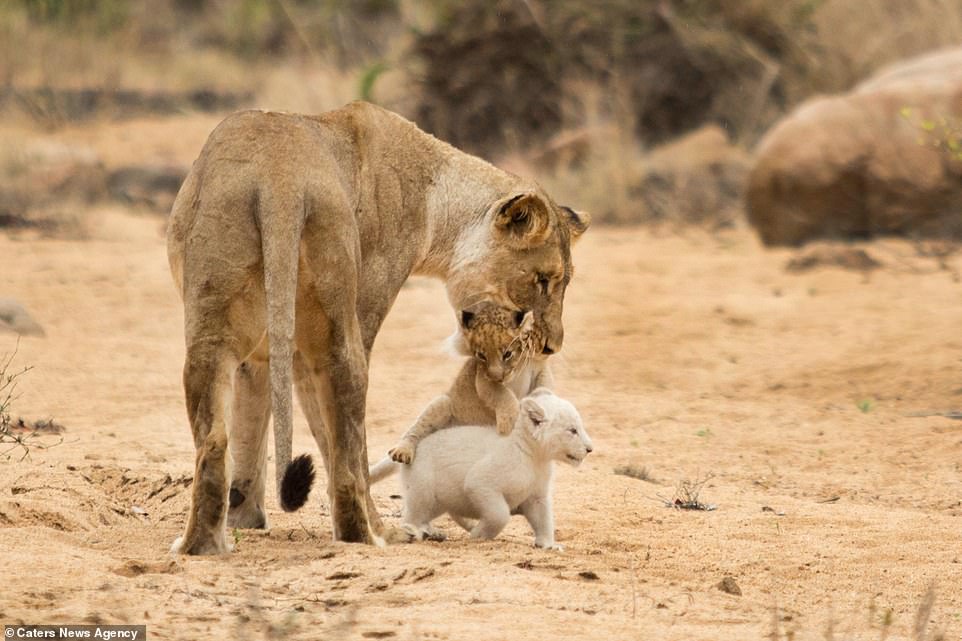 “I arrived at the spot and waited about ten minutes before we saw movement in the thicket, and out came the mother with a tawny youngster in her mouth followed closely behind by the pale youngster.” 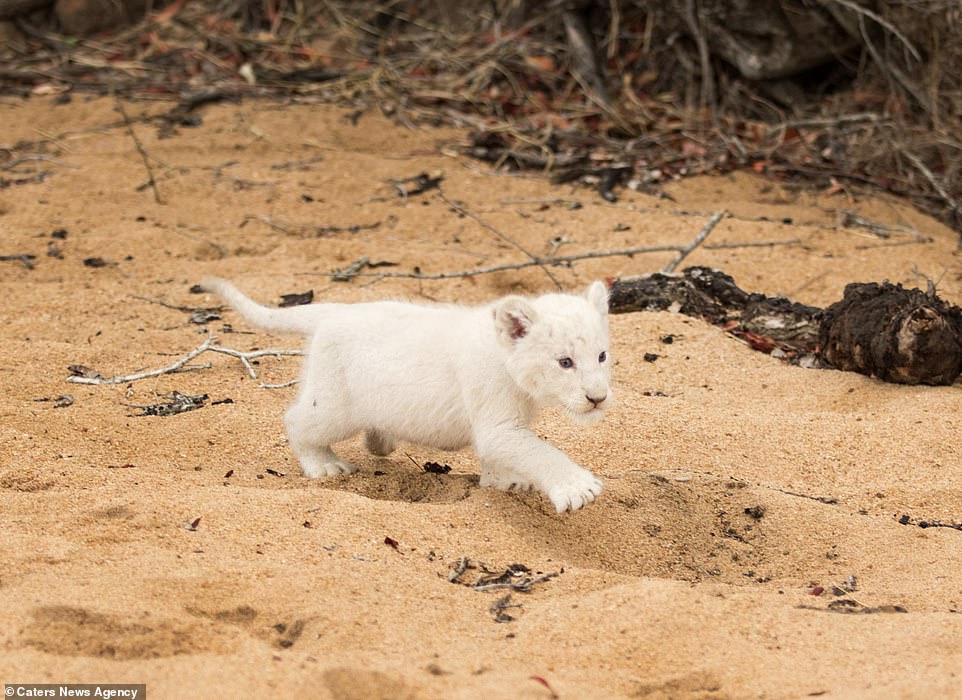 “My family and friends have been overwhelmed by what I saw. The other guides I work with felt a mixture of excitement and deep jealousy.” 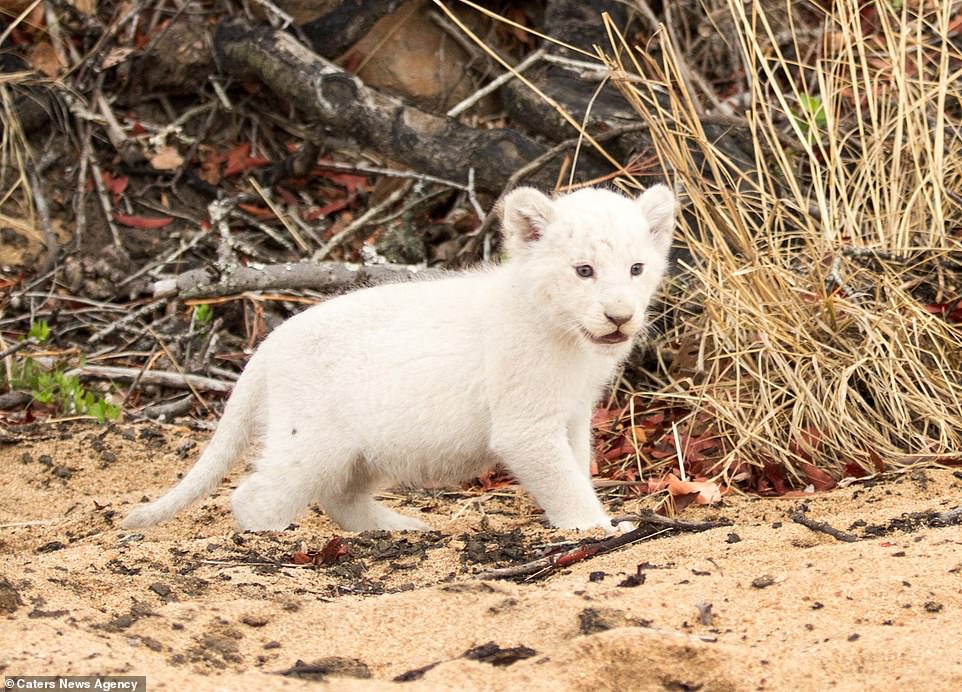 The small white lion is leucistic, a condition similar to albinism but it only causes partial loss of pigmentation rather than a complete loss. 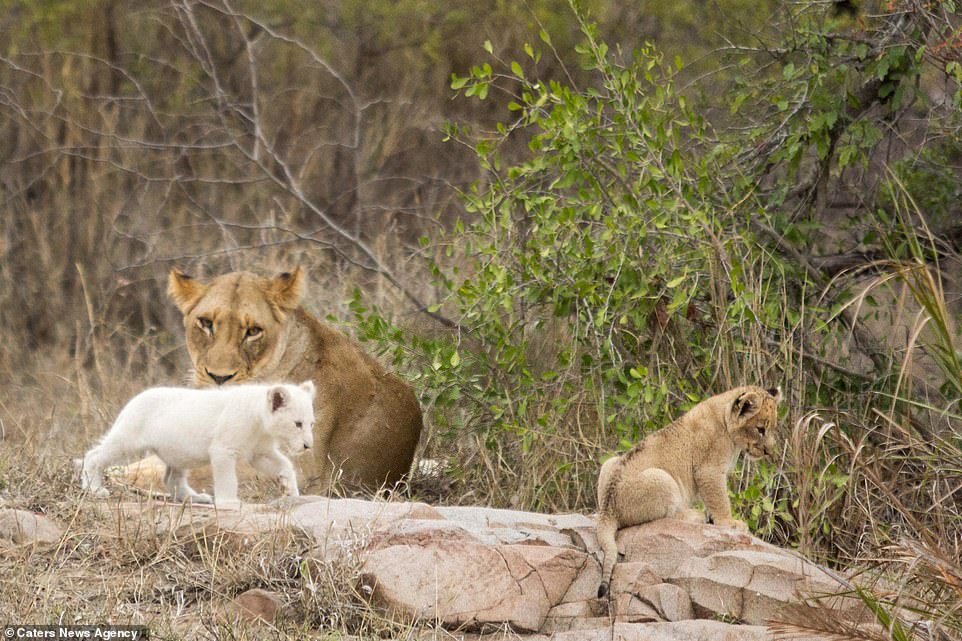 The cub was treated no differently despite its appearance, although it may face some problems in the future.

“We are all hopeful that all of the cubs will make it past the critical two-year mark which will increase their percentage of survival greatly.”

“Hopefully we will have many more sightings of this very rare genetic change. The road ahead will be a tough one for all the cubs but especially for this bright white youngster.” 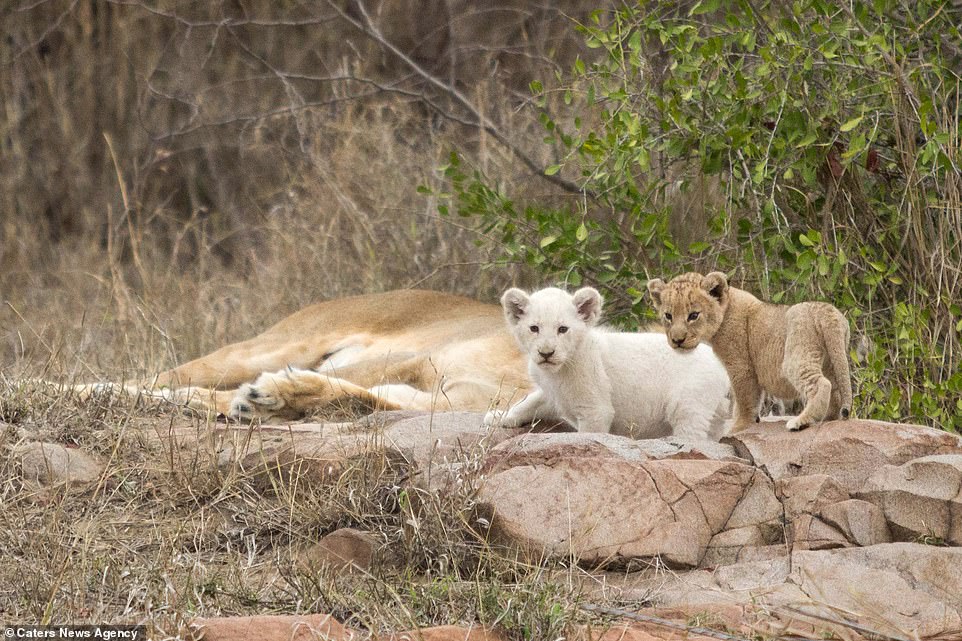 “He will not only make things hard on himself when it comes to hunting in his white coat, but there is also the chance that he may hinder his siblings’ chances of survival by giving their position away, either at the den sight or hunting alongside the rest of the pride.”