The photographer David Lloyd of New Zealand says the pair, likely brothers, greeted each other and rubbed their faces for 30 seconds before settling down. 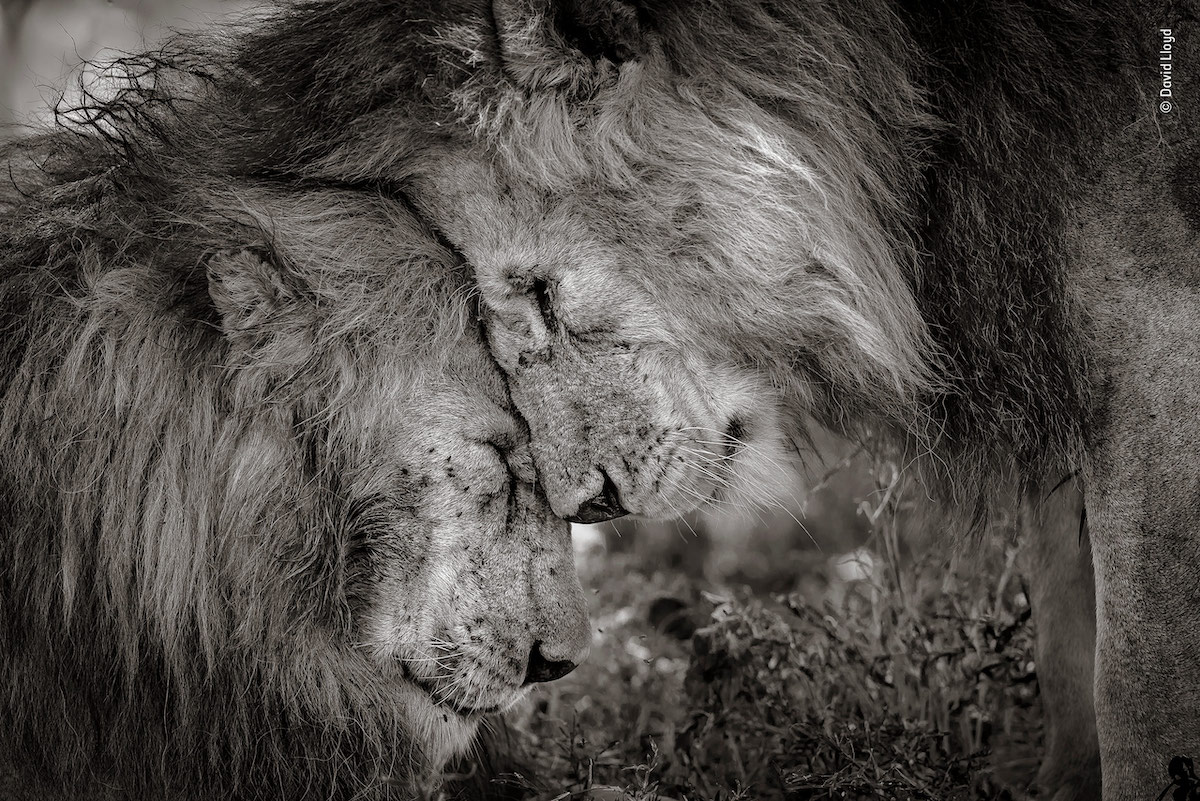 The image was taken in Ndutu, Serengeti in Tanzania and it won the LUMIX People’s Choice Award at the renowned Wildlife Photographer of the Year awards in 2018.

Speaking on the photo, Lloyd says, “I’m so pleased that this image did well because it illustrates the emotion and feeling of animals and emphasizes that this is not limited to humans.”

“It is something I think more people need to be aware of for the sake of all animals.”

Here are 4 more stand out photos from the same competition:

The trio of brothers wanted to play with a leg of an impala all at the same time, therefore dragging it in three directions. 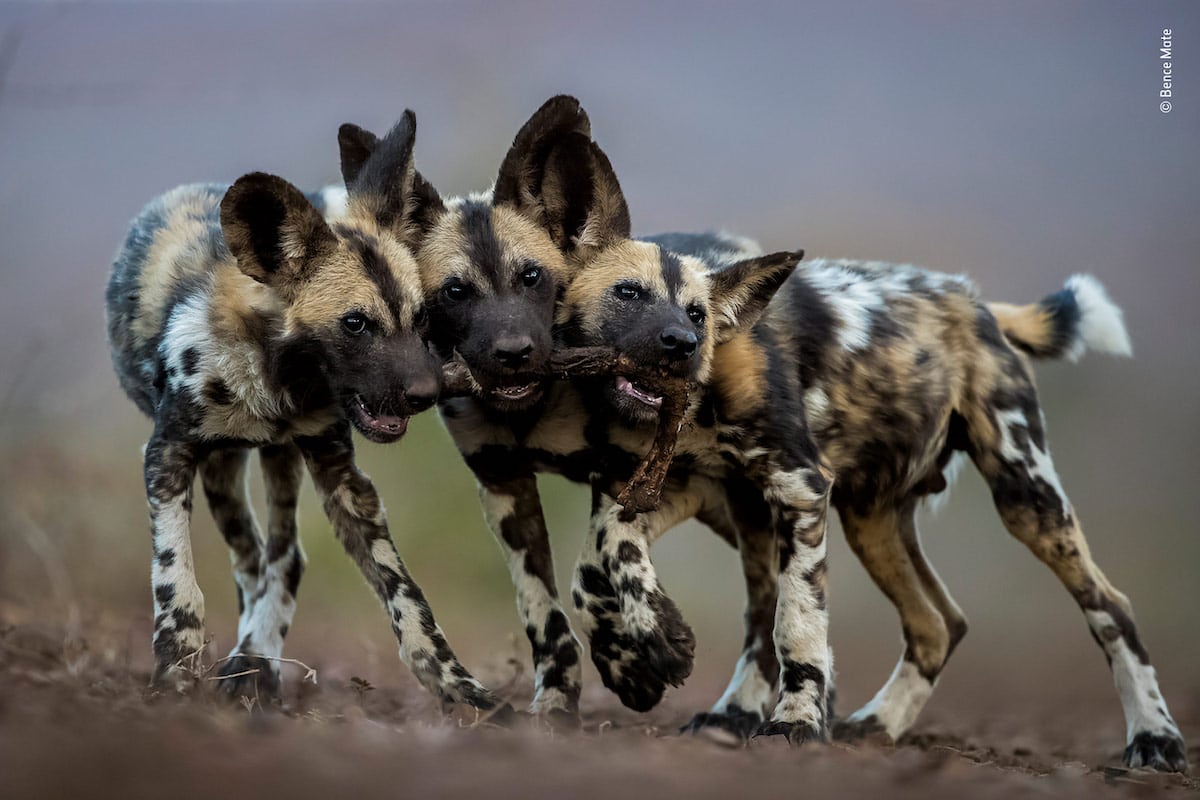 Named ‘A Polar Bear’s Struggle’ and taken by Justin Hofman of the USA is one of the more grim photos of the competition.

Shows a starving polar bear at an abandoned hunter’s camp in the Canadian Arctic, the bear is struggling to find food with little to no ice around. 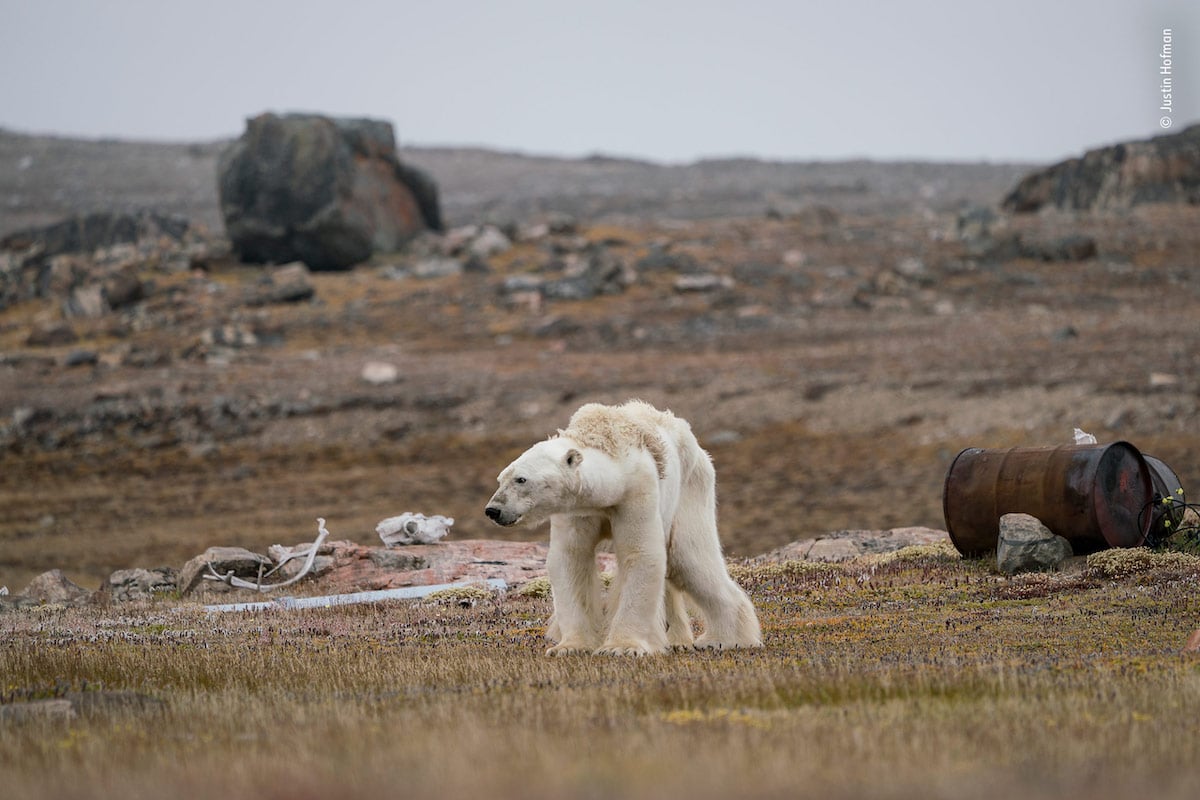 The two males were moving around the female while using their flippers to fend each other off, in a fascinating mating behavior. 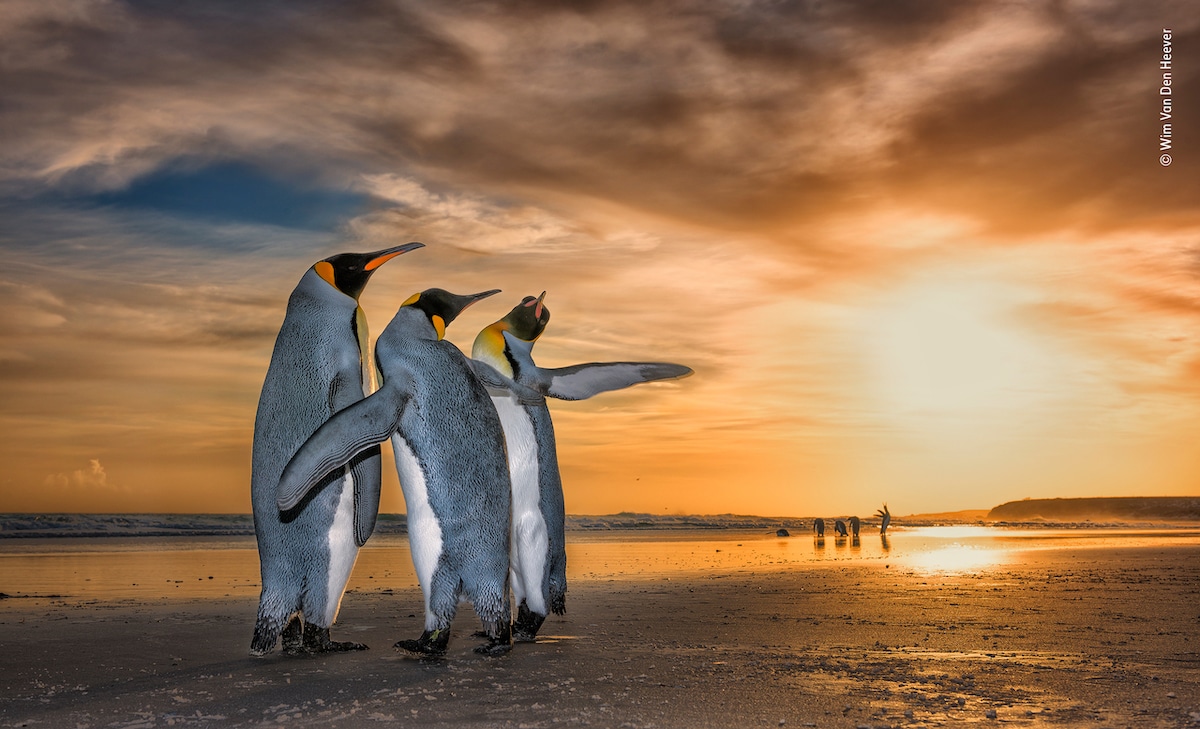 Named ‘Fox Meets Fox’ and taken by Matthew Maran from the UK shows a wild fox coming across a painting of a fox in the street.

He has always dreamt of capturing this shot ever since spotting the street art a few years back. After countless hours and failed attempts, his tenacity has paid off. 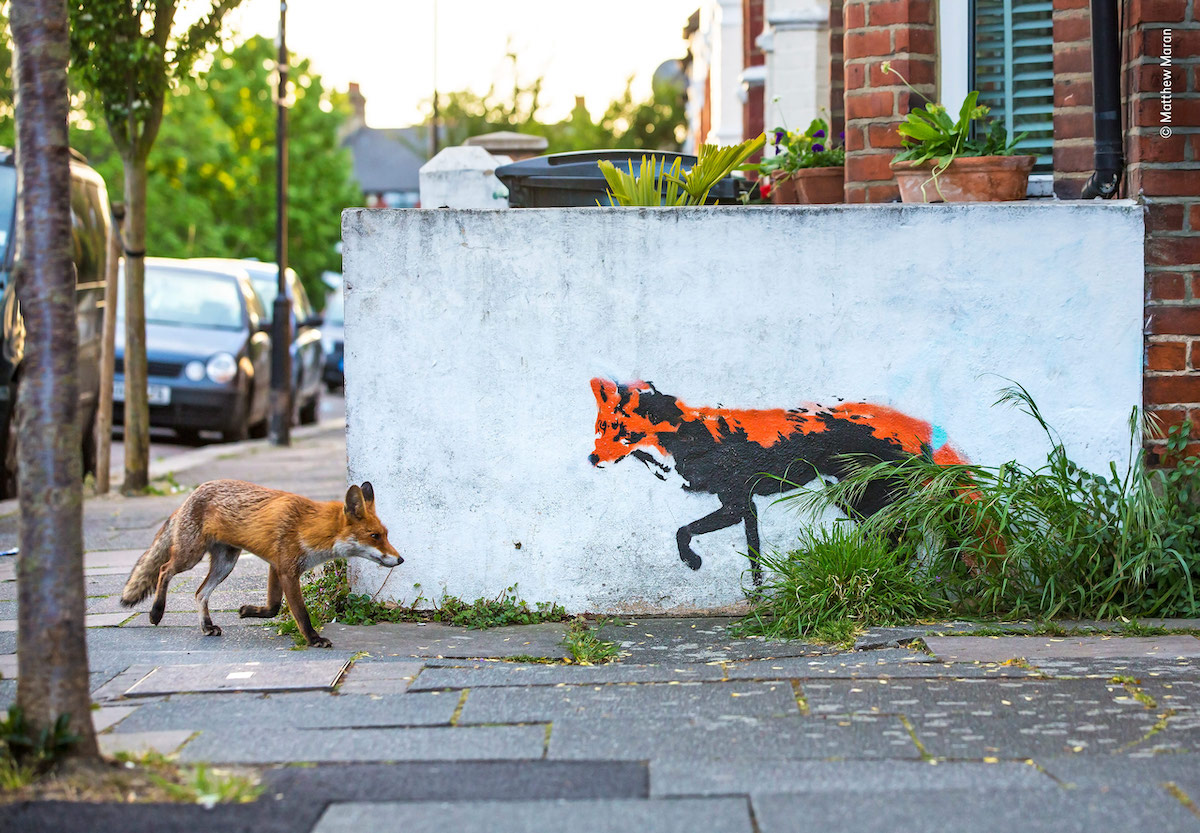 Check out the ‘Wildlife Photographer of the Year’ Website for more!

RELATED: Stunning Winners Of 2021 Bird Photographer Of The Year Revealed