“Dominic really went outside and brought a deer back”

A four-year-old boy surprised his mother by bringing a baby deer back home with him during a holiday. Its an experience they will both never forget after he brought home his new friend that he made while playing in the nearby woods in the Massanutten resort in Virginia.

Stephanie says while she was taking things out of the fridge, she heard Dominic’s footsteps at the door as he cleaned off his boots. She saw was definitely taken by surprise when she peeked around the corner.

“I see him and the baby deer standing next to each other almost to come inside!! I was completely shocked! I froze for a second because I literally didn’t know what to do!” she said. The mother managed to take a snap of the unique moment, and shared it on Facebook, where it quickly went viral. People were impressed by how at ease the fawn (young deer) looked in the presence of the four-year-old.

See the full interview with Dominic below:

Stephanie explained that the family were packing to leave the Massanutten resort and head back home to Ragged Point Beach in Virginia when Dominic showed up with his new buddy.

The post shared on Facebook, which has since garnered more than 35,000 likes and almost 45,000 shares, shows Dominic in his Rudolph the Red Nose Reindeer pyjamas, wearing Winter boots next to the baby deer on the porch of the holiday rental. The unlikely pair looked perfectly at ease with one another, and it didn’t seem that the fawn was in a hurry to head back to the woods as he peered curiously at Stephanie. 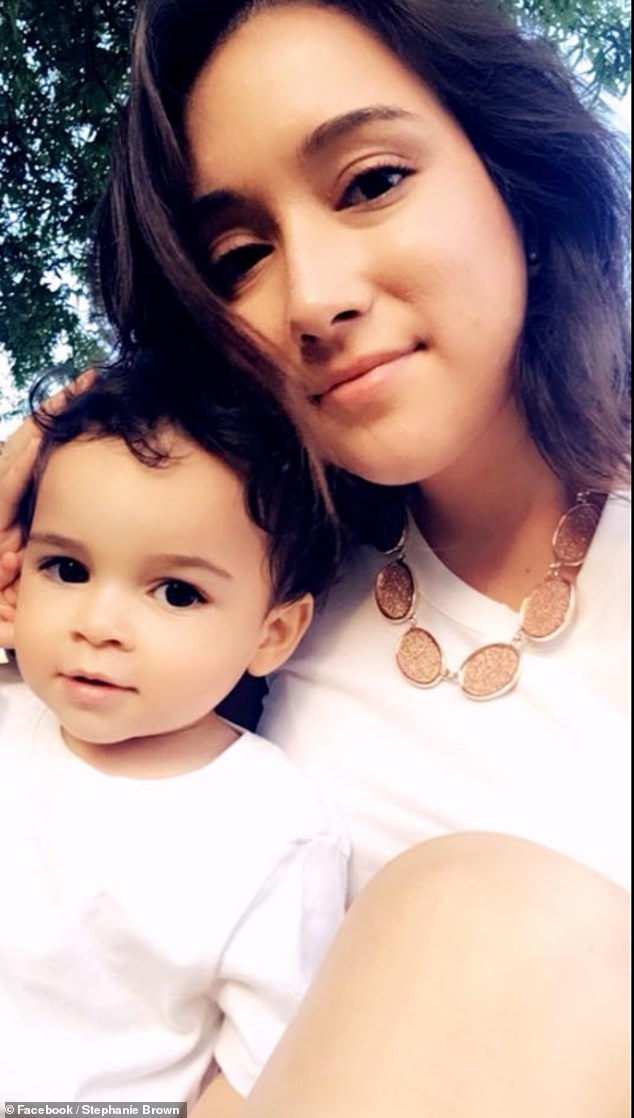 Stephanie told ABC: ‘I was in shock. I was like, “No way. My mind is playing games with me. It wasn’t like anything strange for him, it was so weird.” Luckily the quick-thinking mother took her phone out to capture the unique moment.

‘They were just in sync,’ Stephanie said, explaining that the deer cocked his head in the same direction as Dominic as she took pictures. Dominic named his new friend Flash after the superhero. When the unexpected photo shoot was over, the mother explained that she asked Dominic to walk his friend back to the woods so it could be found by his own mother.

RELATED: This Photographer Has Captured The Tender Friendship Between a Dog And an Owl (19 pics).