This is the moment when a pair of male lions look like they are roaring with laughter after sharing a private joke with each other.

The photo was captured by Rose Fleming who saw the dup having a giggle at the Masai Mara in Kenya. 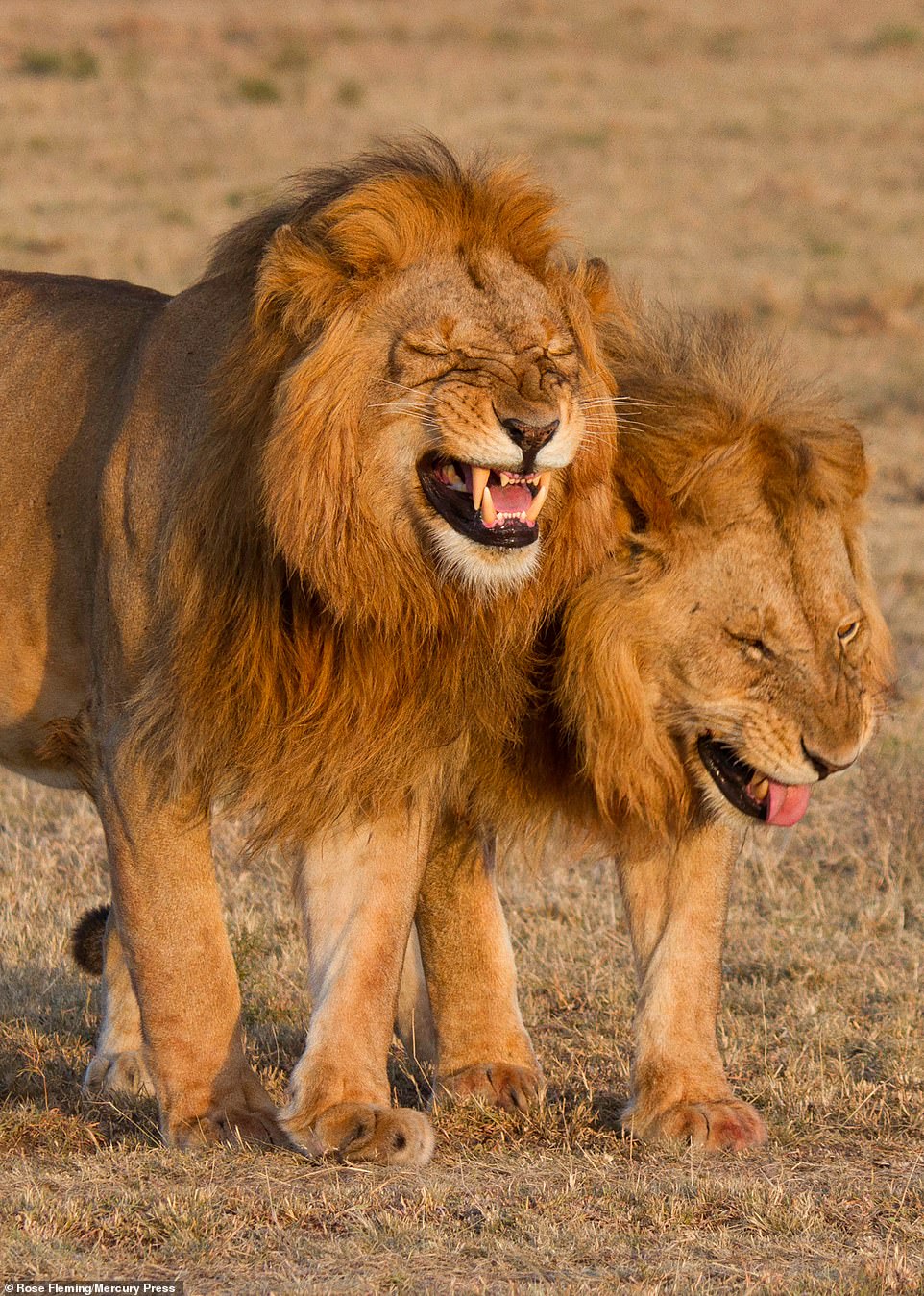 She descibed the experience as ‘freakin awesome’ and says she had never seen such behavior from lions before.

‘We came upon these two male lions who were out on the Mara looking for some lionesses.

‘They caught a trail of pheromones, simultaneously took a whiff and had these looks on their faces when they picked up their heads.

‘Their faces look as if they were sharing a private joke that made them crack up laughing.

‘It was absolutely freakin’ awesome. I have never seen that kind of behaviour before – not even on Nat Geo. We watched the pair for a couple of hours.’