This is the moment a tiny lion cub is holding on for dear life on the side of a vertical cliff before his mother comes to help. 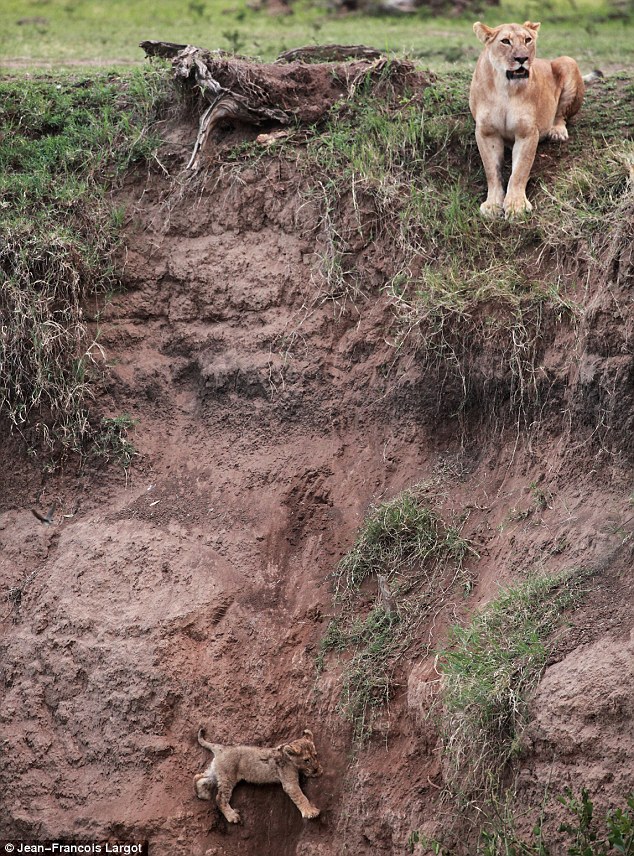 His mother came with a group of females and a male who all attempted to save the cub by clambering down together. Before almost immediately turning back after realizing how bad the drop was.

But the mother, consumed with the instinct of motherly love took it upon herself personally to save the cub. 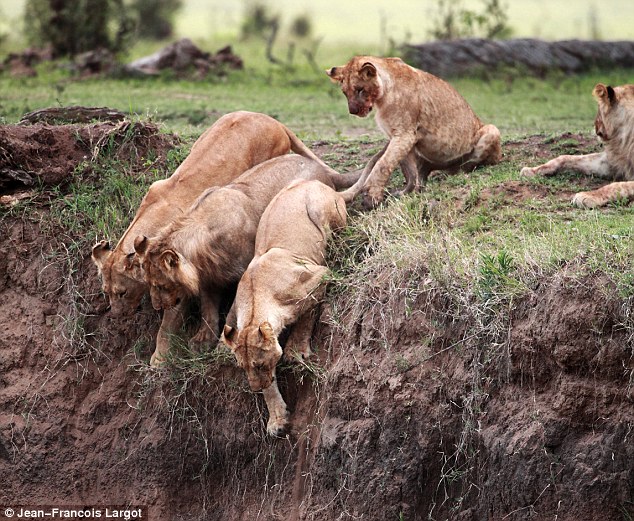 In an agonisingly slow fashion, the big momma cat edged her way down towards her son, who was shaking with fear.

She used her powerful claws to grip the ever crumbling cliff side as one little slip could easily mean both animals would fall and end up dead.

The mother lioness got to the poor cub just as he seemed like he was about to fall, she makes sure she is behind in and picks him up with her jaws.

But the mission wasn’t finished yet as she still had to take her child back up the cliff, which is arguably worse.

As soon as the pair got to safety, the lioness gave her frightened child a consoling lick and a sort of hug.

What a beautiful rescue story!

RELATED: Lioness Gives Male a Scolding As She Is Not Happy With Him Playfighting With Kids