This is the moment a loving elephant mother was pictured helping her newborn back up on its feet after taking a nasty tumble.

The newborn was taking its first steps before it fell down several times at the water’s edge. 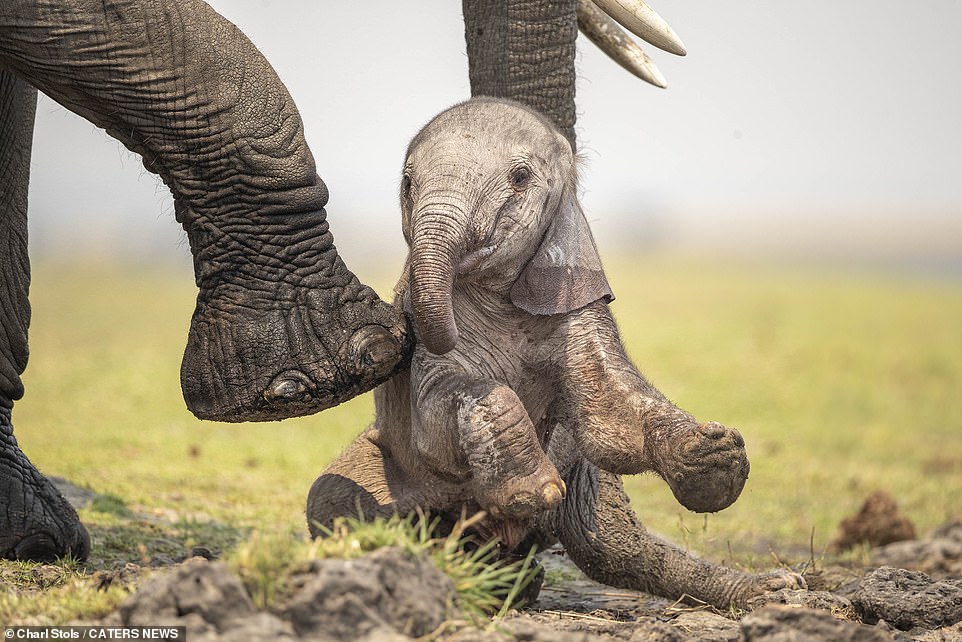 Luckily the momma, who was with two other youngsters on their way to the Chobe River in Botswana for a drink, was at hand to help. 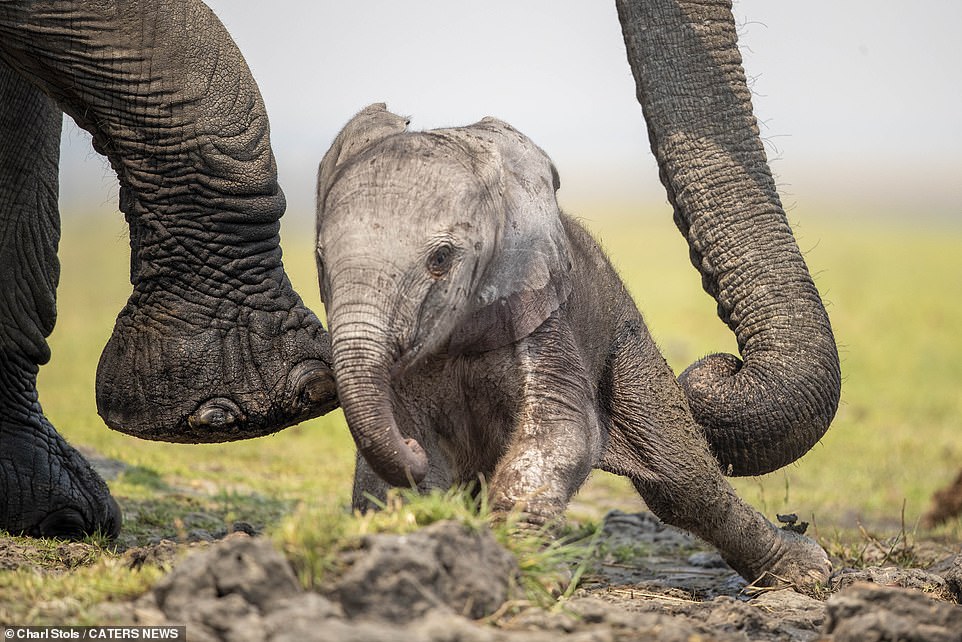 You can see in the series of photos, her carefully lifting her precious cargo back on its feet using her trunk. 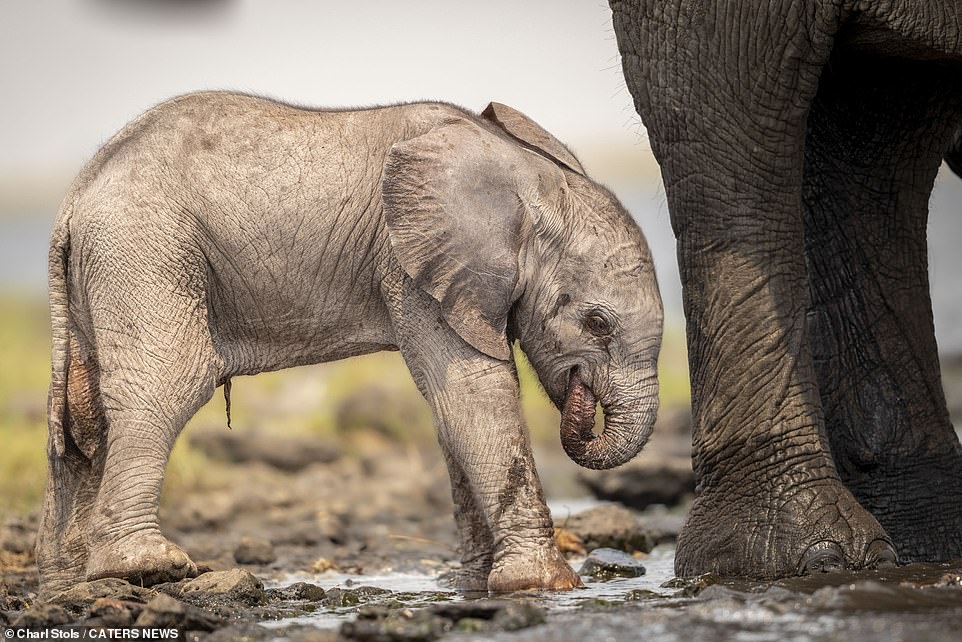 The series of photos were taken by South African wildlife photographer Charl Stols.

He saw the scene while on a boat ride as he works as a photo host for Pangolin Photo Safaris. 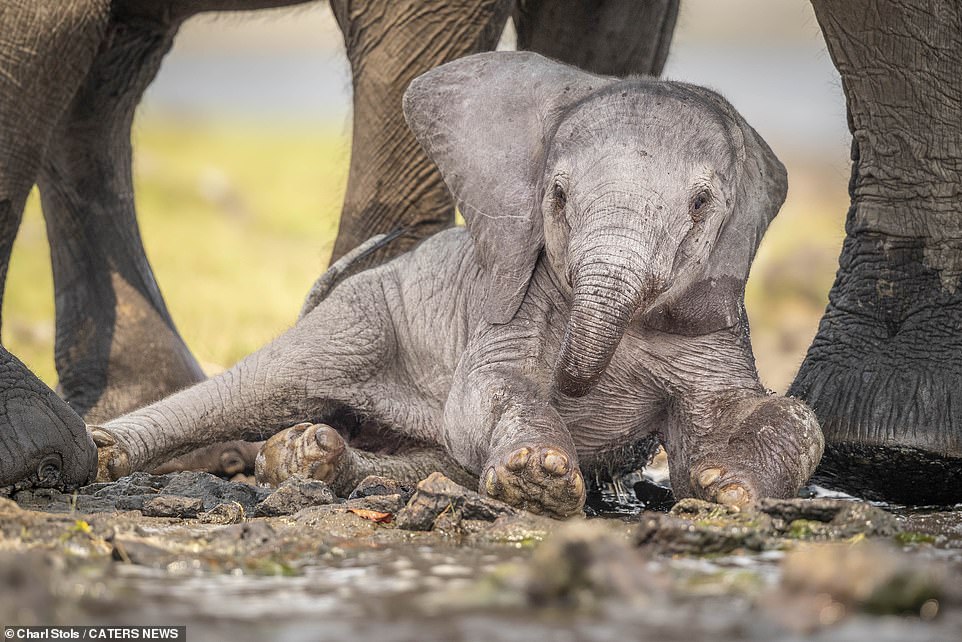 He commented on the interaction that he watched for about 40 minutes:

“The elephant cow and two youngsters were coming to the river for a drink.” 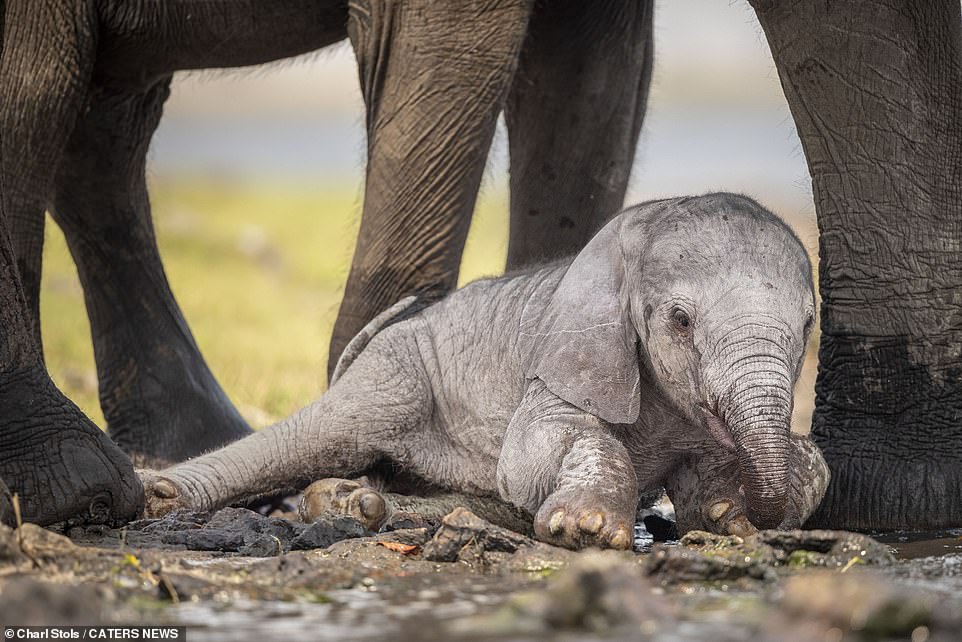 “The smaller calf seemed to be only a few hours old, still in pink colour and wobbly on its feet. At the water’s edge, the newborn plunged down several times and the mother gently helped it back up using her trunk and feet.” 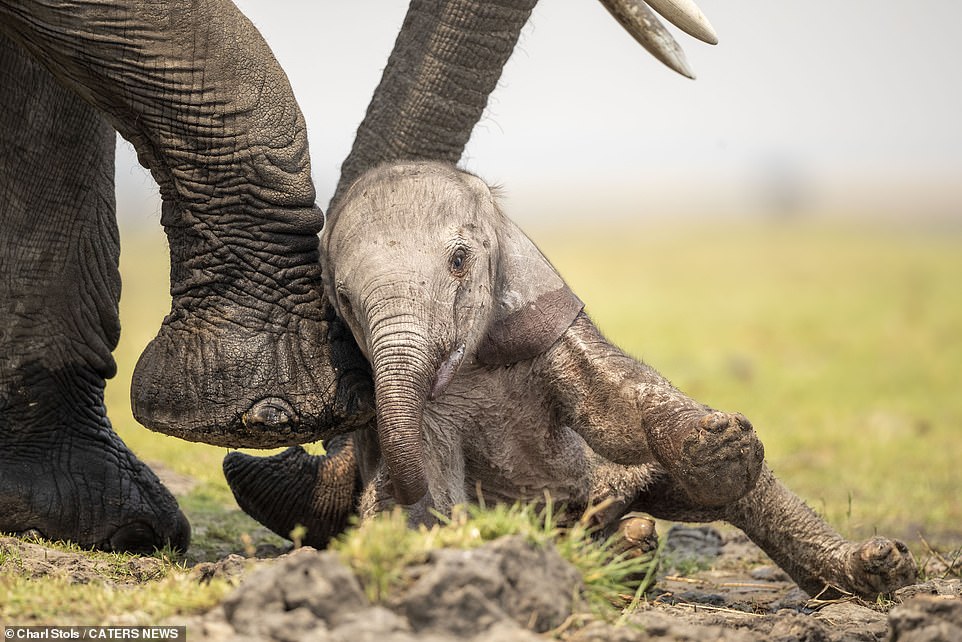 “Surprisingly they even crossed the river to one of the islands and the little one did manage to swim all the way, only its trunk sticking out of the water.” 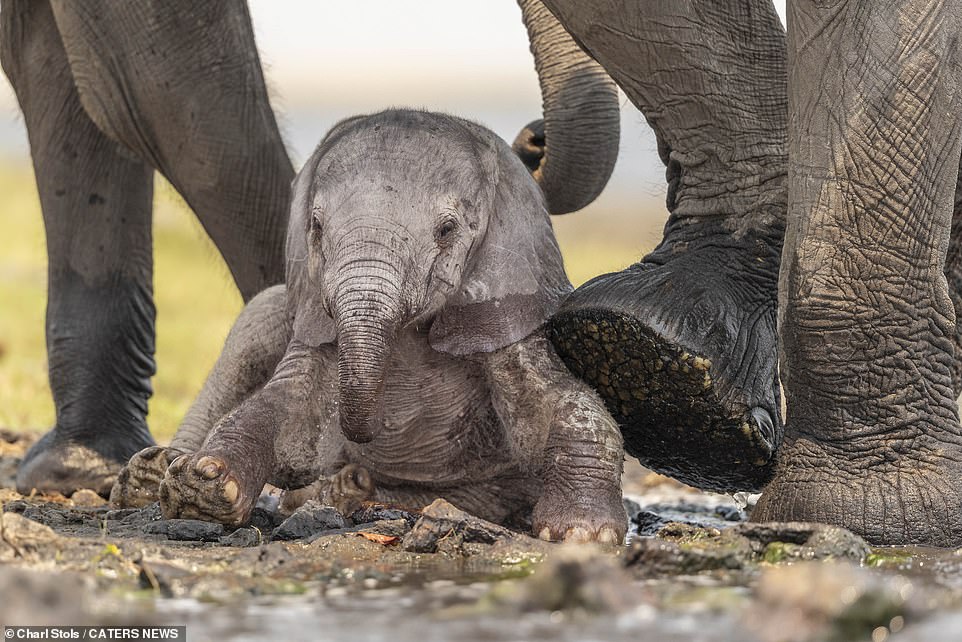 “The smaller calf seemed to be only a few hours old, still in pink colour and wobbly on its feet.” 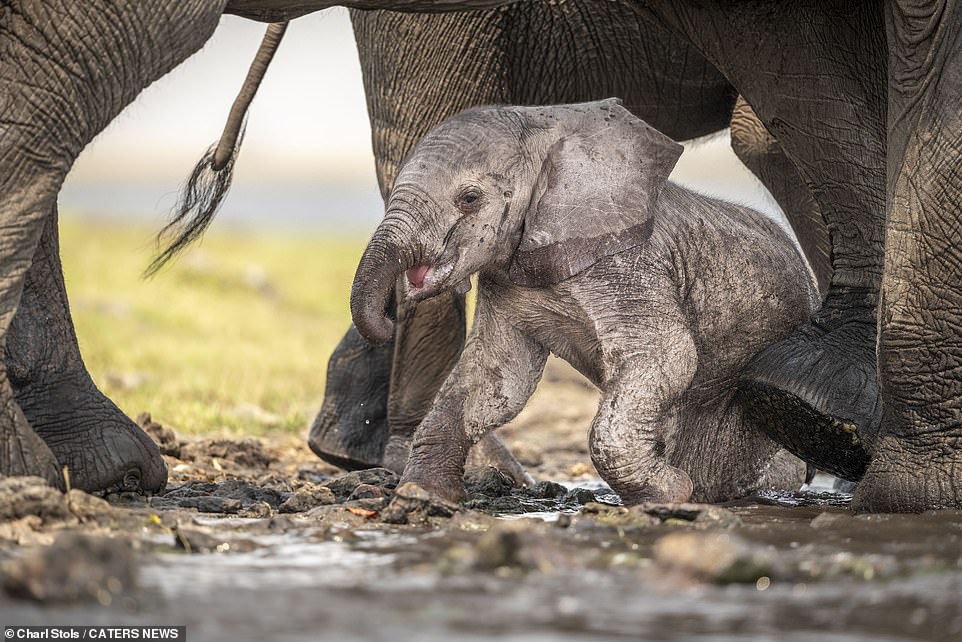 “It was a very special moment. We have lots of elephants in Chobe but that must have been the youngest elephant I’d ever seen.” 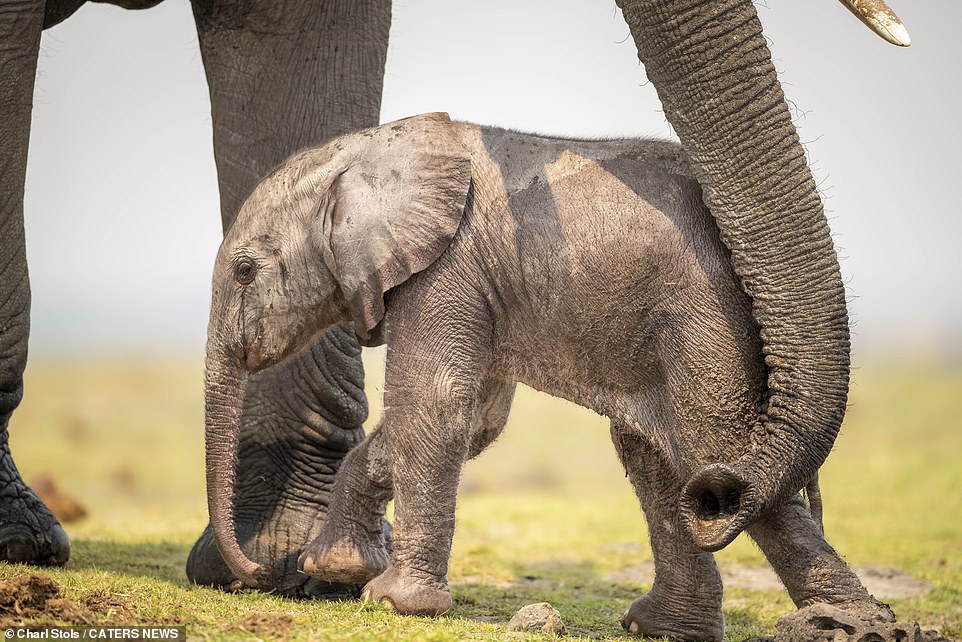 “To watch the mother gently guiding him and then even seeing the little calf swim was a touching experience.” 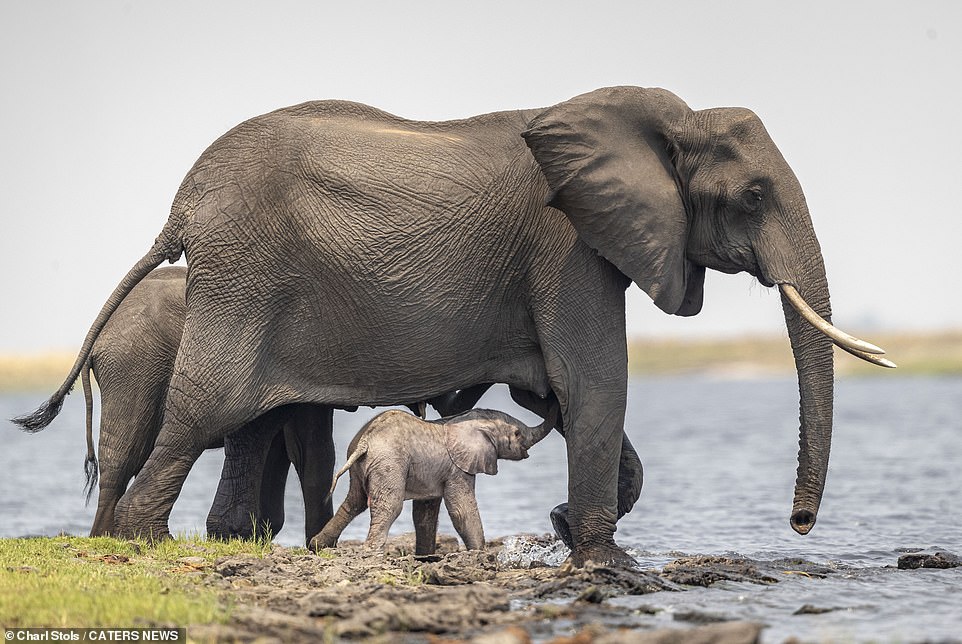 “I still dream about seeing a mother giving birth someday but that was already pretty close.”