This is the adorable moment five bear cubs were seen having the time of their lives in a children’s playground.

The video was taken in Asheville in North Carolina showing the cubs enjoying the swing and slides while their mother watched on.

They clearly enjoyed the slide the most and all scrambled to see who could jump on it first. Check it out below:

You can see two of the cubs fighting for the no1 position at the bottom of the slide before a third gets involved and successfully knocks off down one of the others.

It then tried to run up the slide before slipping down and getting tackled by another cub, it’s a free-for-all! 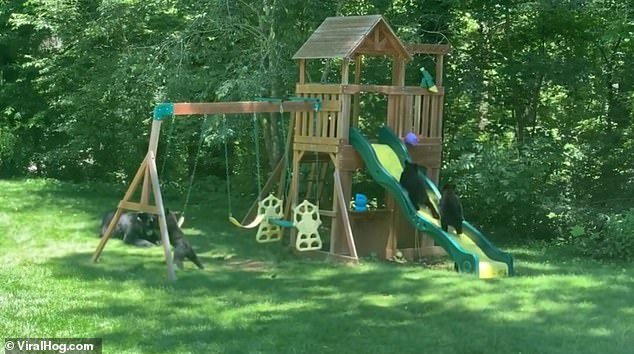 Three of the cubs continue to tussle up and down the slide while the fourth seems set on climbing the swing as it pushed it back and forth.

It looks like the mother may even join in the fun at one point, she peeks into the bottom of the fort before rolling around looking content on the grass. 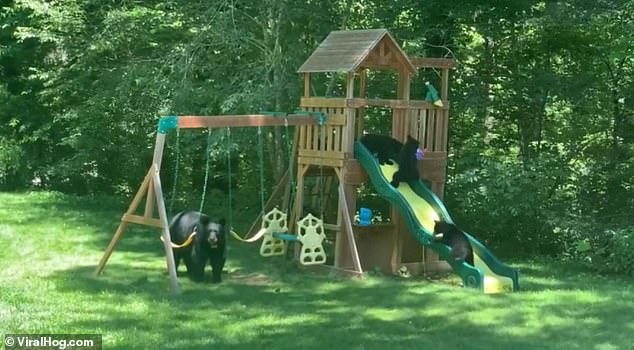 The person who took the video said: ‘This was taken in our backyard. It is supposedly a mom and five cubs, two of which are suspected to be adopted from a different litter.’