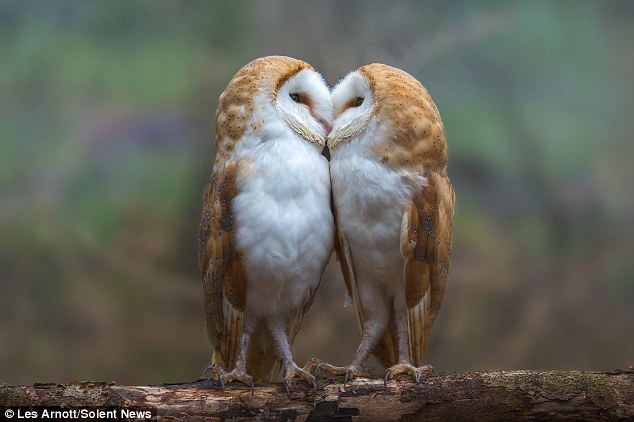 A tender moment between a pair of barn owls has been captured in some stunning images.

The affectionate pair, who are sisters rather than a breeding pair, were snuggling together in a tree.

Leslie Arnott, 55 from Staffordshire, captured the moment during a Country Events and Falconry partnership where he teaches people how to photograph static and flying birds of prey.

‘The owls are trained but they fly free in the woodland for customers to photograph them.’ Leslie said 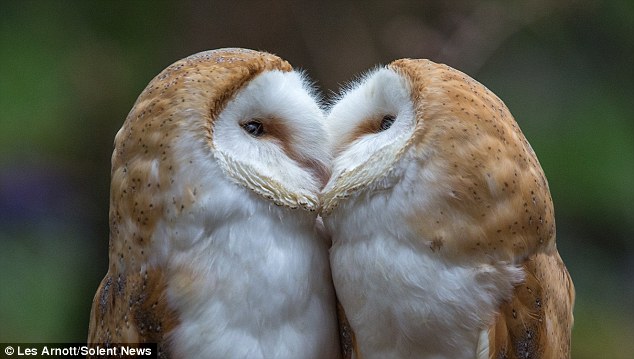 Mr Arnott said he had never seen anything like it when he spotted the two ‘kissing’ each other. 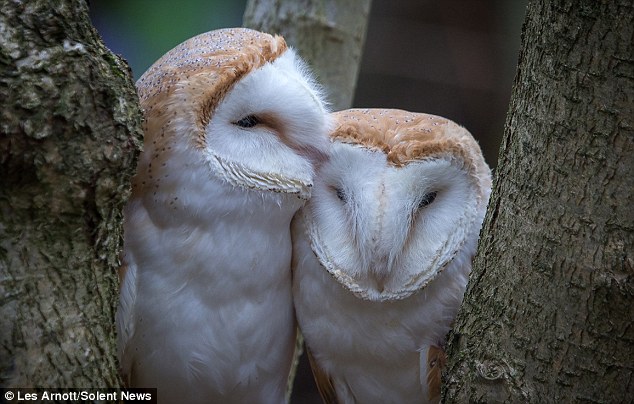 ‘They are quite hard conditions in the dark woodland and the pair flew for a while before sharing their special moment.’

‘Despite the fact the birds are trained, it was so special when they alighted on the branch and started a little intimacy together.’

‘They started rubbing heads and getting quite affectionate. Then came the moment they appeared to kiss each other.’

‘It was probably not intentional but it was a moment I have never witnessed before or since – despite many attempts to try and get them to repeat the moment for others.’ 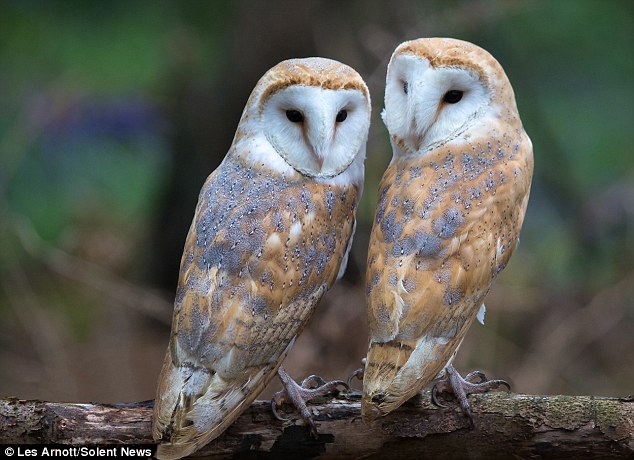 ‘They certainly looked like they tried to kiss but I guess we will never know for sure.’

‘These owls are very affectionate towards each other and work well together however they are not a breeding pair they are actually sisters.’ 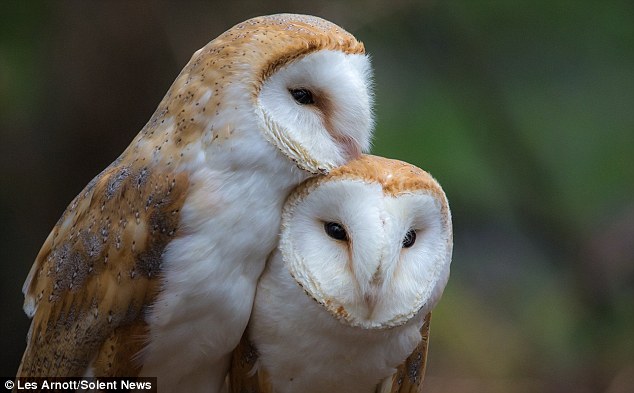 ‘They continued their tender behavior towards one another for around three minutes but the kissing happened twice within that period.’

‘It was luck as much as skill to catch the split second moment and I’m very glad I did.’