This is the astonishing moment when a hungry elephant crashes through a kitchen wall in the middle of the night to steal a bag of rice.

The adult bull broke into the house in southern Thailand after sniffing out the food and woke up the residents.

Rachadawan Phungprasopporn and her husband were shocked to find the huge elephant rummaging through their cupboards with its trunk.

They were shocked to see the elephant with its huge ivory tusks rummaging through the cupboard with its long trunk.

This was before it grabbed a bag of rice and shoved it right into its mouth.

The residents had to shoo away the large animal which escaped into the night of the nearby woodland. 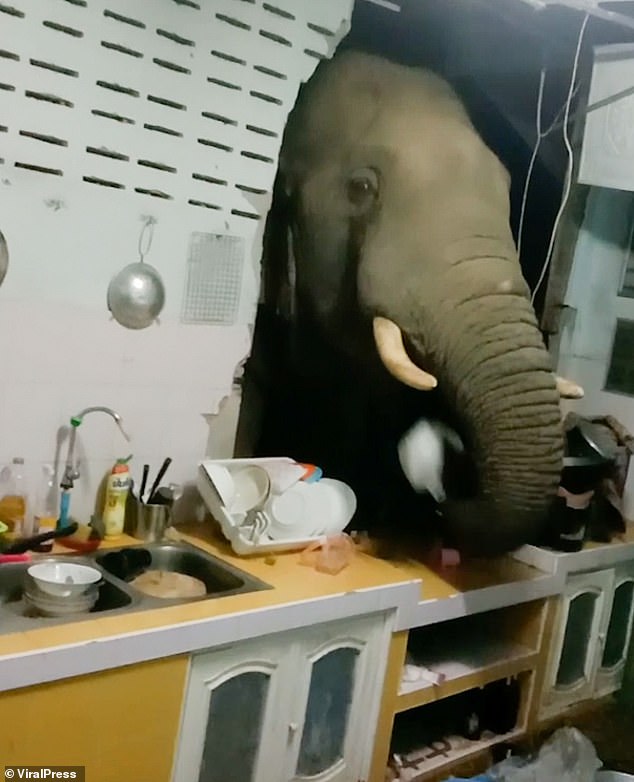 She said: “This elephant is well known in the area because he causes a lot of mischief.  He came to the house about two months ago and was looking around, but he didn’t damage anything then.”

“We spoke to the local wildlife officers and they told us not to keep food out in the kitchen because the smell attracts the elephants, so we followed their advice.” 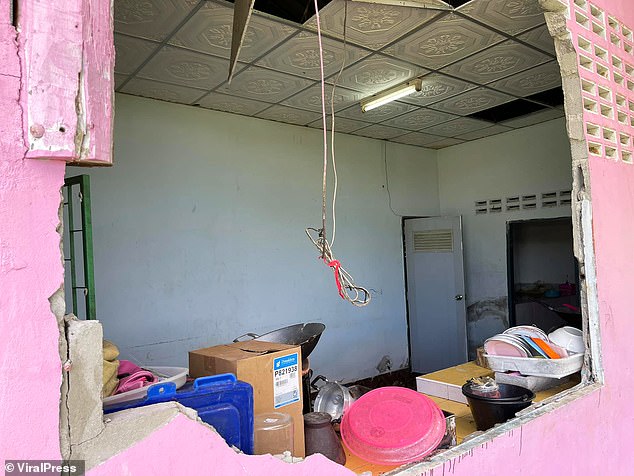 Thailand is home to around 2,000 Asian elephants and there can be conflict when humans and elephants clash.

It is believed that the animals have changed their natural behavior in a response to the food made available by humans. 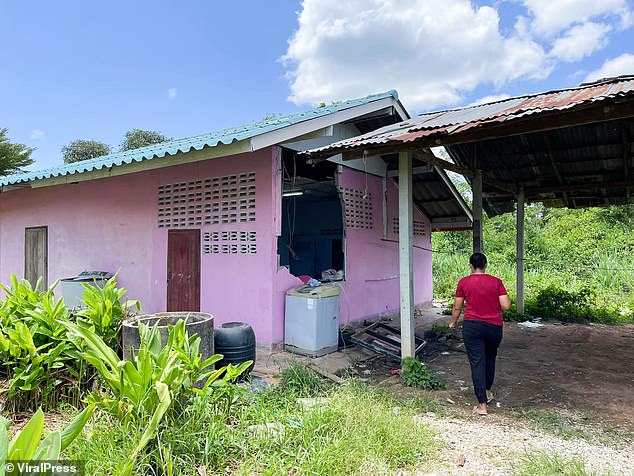 Conservation officer Supanya Chengsutha said: “The most likely explanation for this situation is that the elephant smelled the food and wanted to eat it.”

“It’s not because the elephant was particularly hungry, as the food in the jungle has stayed the same. There is plenty and that hasn’t changed.”

“But sometimes individual elephants experience a change in their behaviour and character, so there’s no one factor why they would do this.”

“Elephant eating habits have also changed now that they come into contact with humans more. They have started to like the food that people eat.”

“It could also be that hunters and traps in the jungle have disrupted the elephant and it has moved out of the deep forest more towards settlements.”