An incredible video of a great white shark leaping 15ft in the air has set the record for highest breach ever recorded. 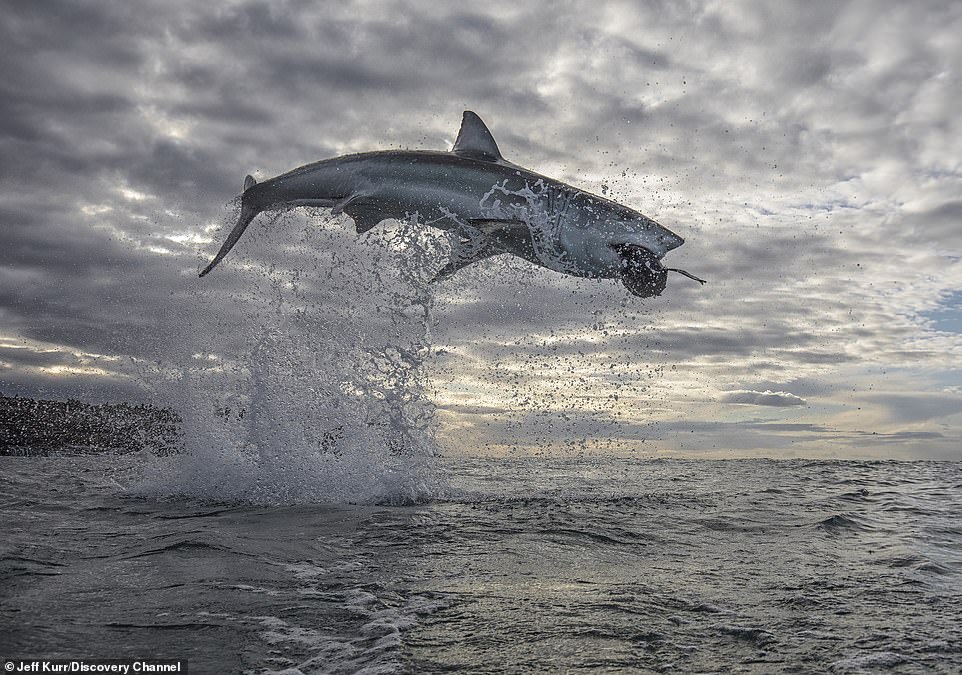 Shark expert Chris Fallows shot the video at Seal Island in South Africa and it has been published as part of ‘Discovery Channel’s ‘Air Jaws’ series. 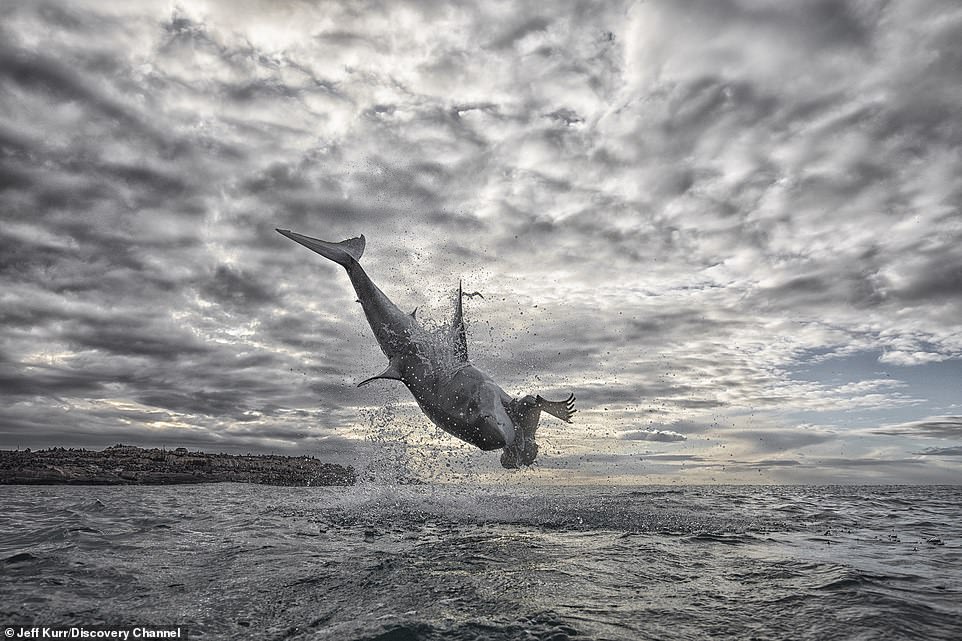 ‘This has to be the ultimate air jaws breach,’ Fallows added. 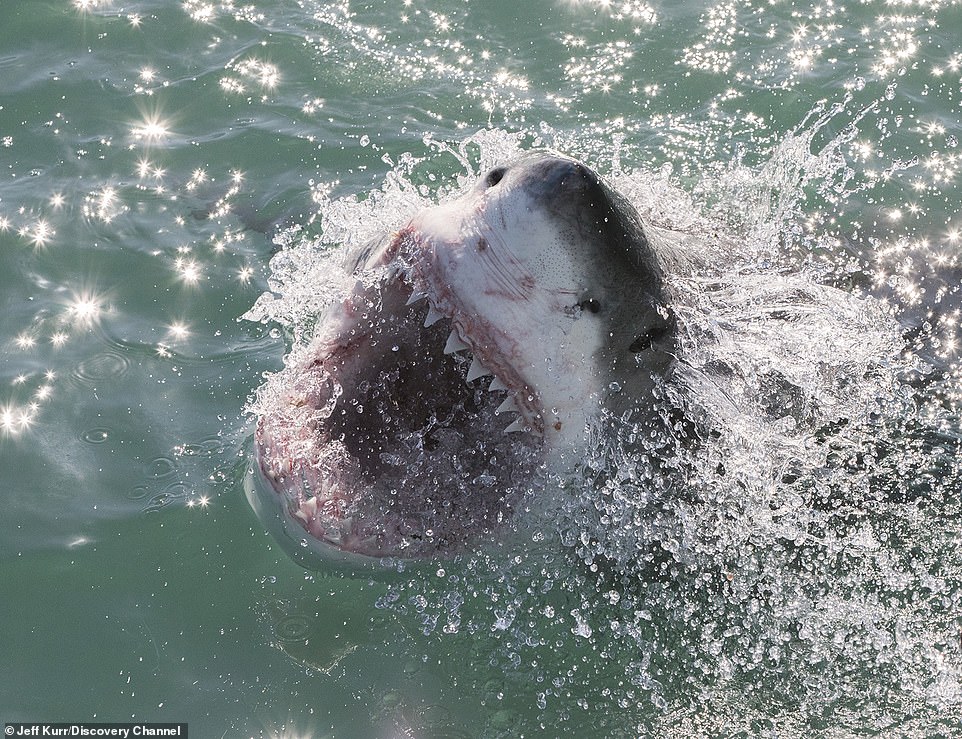 One tried to capture a breach at night, one used a drone, and Fallows used a purpose-built tow camera

This is how he captured his record-breaking shot, which conveniently fell on the Air Jaws series’s 20th anniversary. 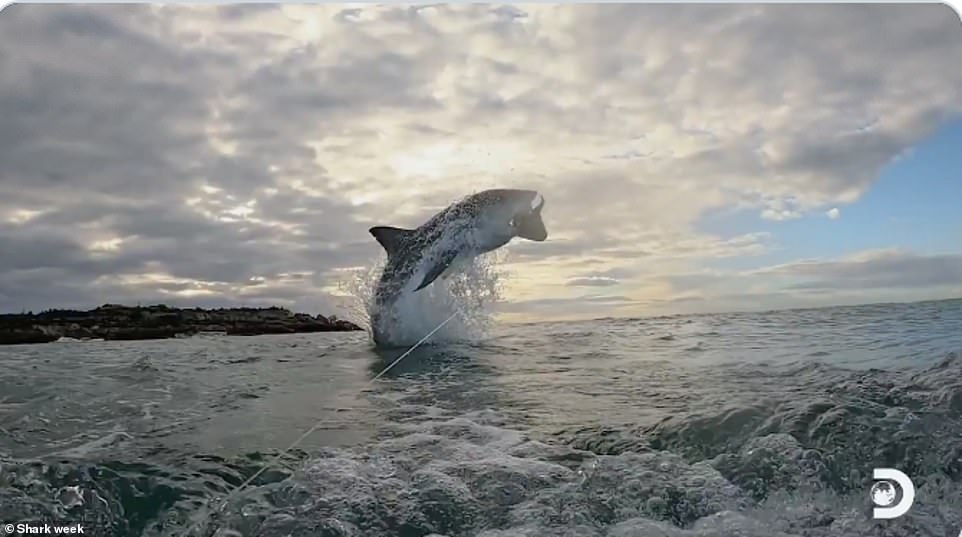 Fallows and his colleague were the first to observe such breaching behavior by great white sharks which was in turn made popular by the Air Jaws show. 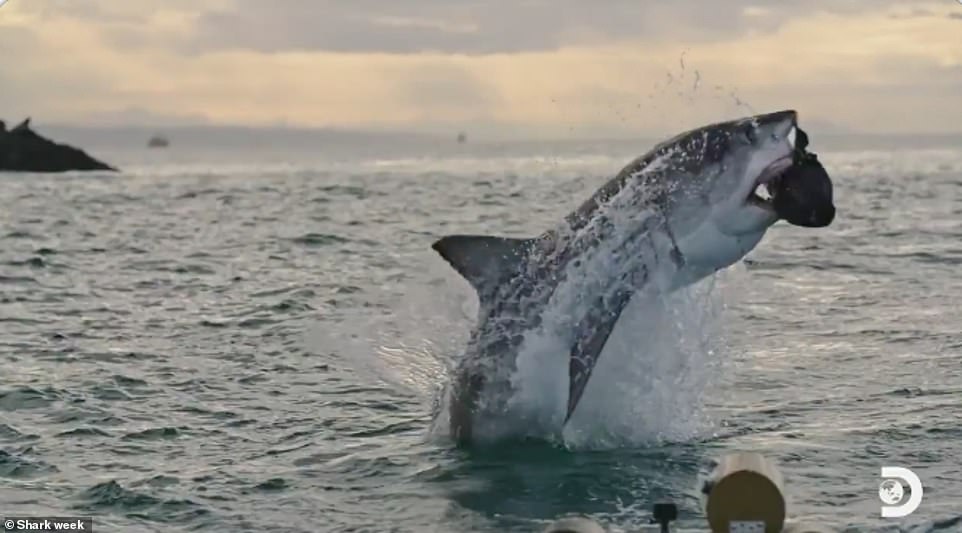