This is the touching moment an orphaned baby elephant attempts to learn how to hold his milk bottle all on his own.

The footage which was taken by the Sheldrick Wildlife Trust in Nairobi shows the 2-year-old elephant trying to hold a bottle of formula milk with the tip of his trunk.

The elephant calf named Bondeni arrived at the trust as a newborn after being found wandering around alone.

Bondeni attempts to hold the bottle at the same time as drinking it, which seems to prove a little difficult with only a trunk to use as grip. 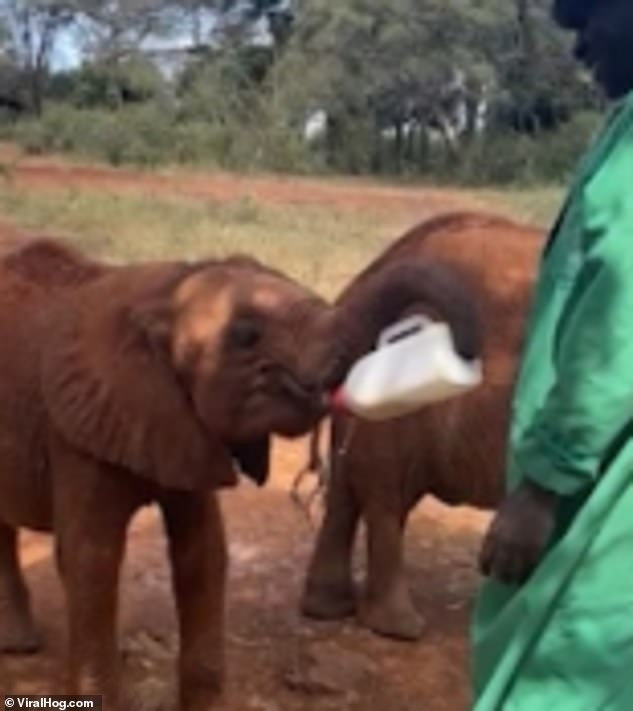 He loses his grip on the bottle as he tries to raise it higher, this prompted the keeper to pick the bottle up and help Bondeni with his drink.

On Twitter, the Sheldrick Wildlife Trust wrote: “He might be little but Bondeni is big on personality and bravado – watch him try and be a big bull and hold his milk bottle all by himself. He’s an orphan in the care of our nursery.” 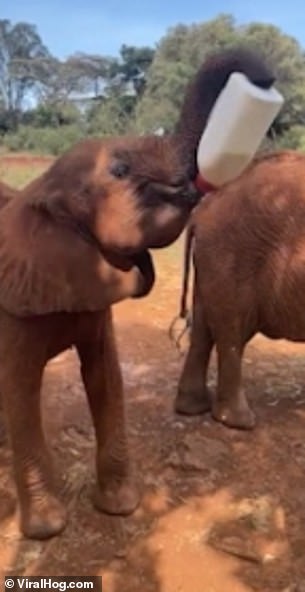 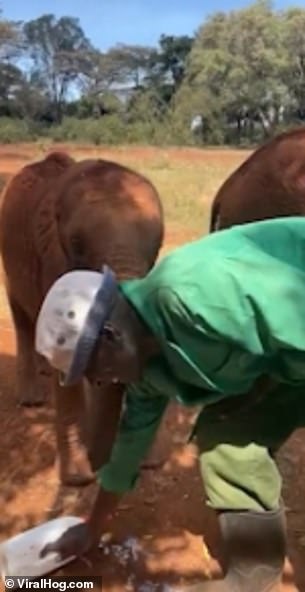 When he was found, he was struggling to walk as was covered in wounds around his leg area. Thankfully, his cuts quickly healed and he was moved to the nursery.

Keepers at the trust would feed Bondeni with freshly made formula milk every three hours in order to replicate what he would receive in the wild. 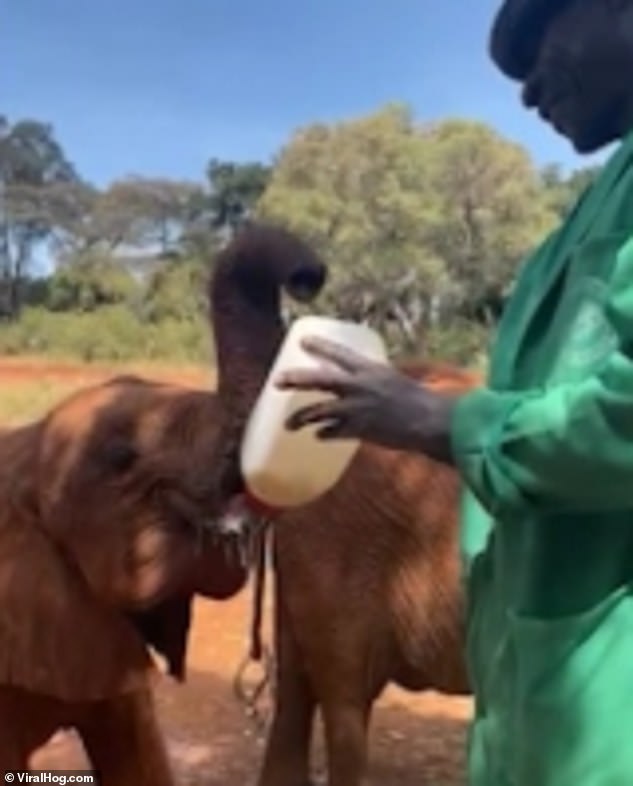 It is normal for keepers to hand-feed the baby elephants, and as they grow into adults, some would rather hold the bottle themselves.

Over 160 orphaned elephants have been successfully been rescued, raised and eventually reintegrated back into the wild by the trust.